Remains of an Ancient Dwelling Reconstructed on the Grounds of Yoyogi Hachiman Shrine!
It seems that Shibuya Ward was a good place to live 5,000 years ago.

What does the arc-shaped monument at the Shimizu Bridge intersection mean? 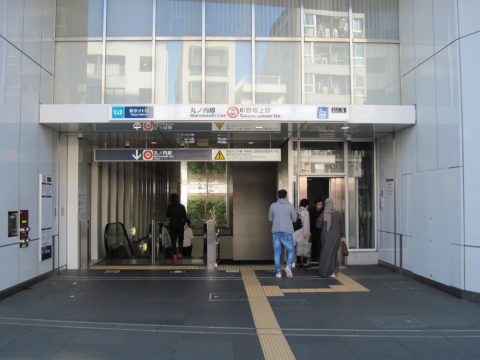 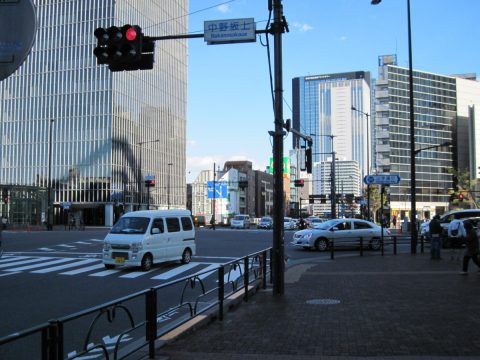 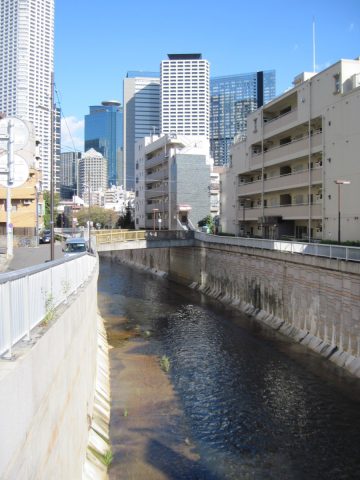 After 550 meters, we found the Kanda River! We were lucky that it did not flood during the recent typhoon No. 19.
The water clarity was high. 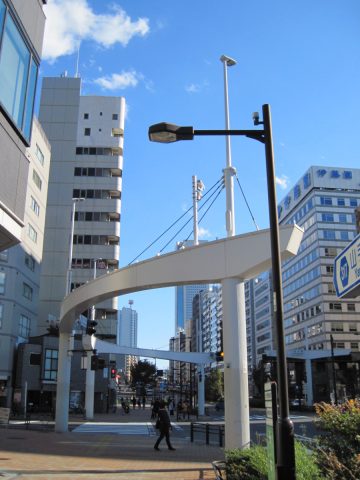 At the Shimizu Bridge intersection, the arc-shaped monument was equipped with traffic lights.
It somehow created a port-like atmosphere.
I felt it had a message, so I looked up the purpose of its installation, but I couldn’t figure it out.
The intersection behind the Shinjuku Police Station also has a traffic light attached to a similar circle, but I wonder if there is any connection between the two. 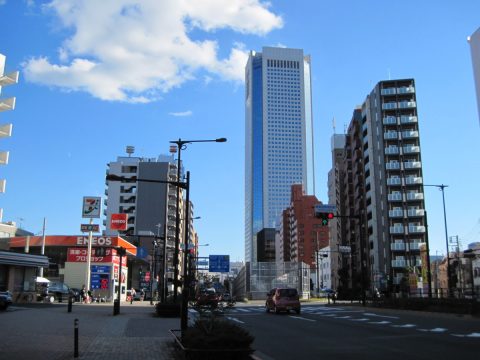 I found a classy looking skyscraper!
It is the 54-story Tokyo Opera City Building.
I’m sure it’s a busy place inside, but the surrounding area was quiet with only a few people walking around.

Still, it was the first sunny weekend in a long time.
It was so hot that I was sweating. I felt relieved when I went into the shade. 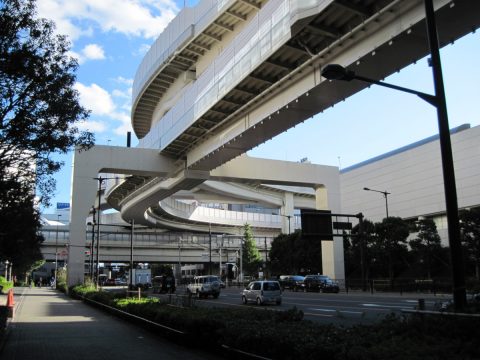 The curves of the Nishi-Shinjuku junction are indescribably beautiful.
In the foreground is the Central Circular Line (C2), which connects to the Shinjuku Line (4). You can go to Takaido, but not to Miyakezaka. Is there any problem with this? 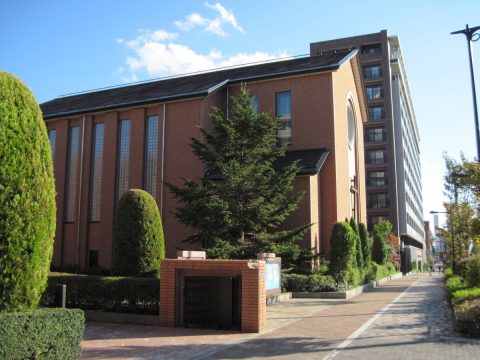 This is the Catholic Church of Hatsudai.
There are many solemn buildings in Catholic churches.

Remains of reconstructed ancient dwelling found on the grounds of Yoyogi Hachiman Shrine! 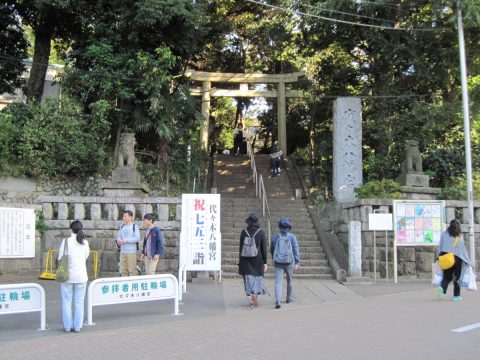 This is Yoyogi Hachimangu Shrine. I decided to pay a visit to the shrine. 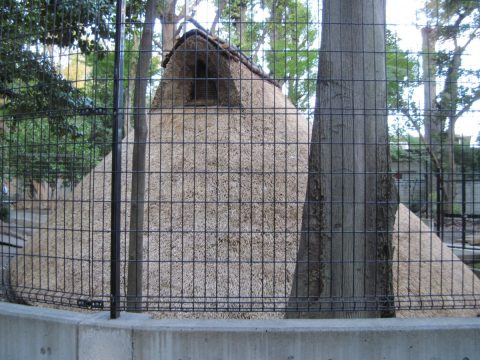 I found the remains of an ancient dwelling at the top of the stairs!
I was a little surprised to find a restored, but still standing, mid Stone Age, Jomon Era, dwelling in the middle of a city like this.
The elevation of this area is 32 meters, which means that during the Jomon sea advance, people may have set up their dwellings on slightly higher ground by the sea. 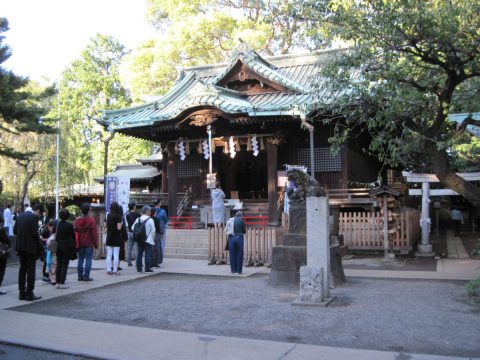 People who wanted to visit Hachiman-sama were lining up and waiting for their turn.
I also waited and paid my respects.
There were also people visiting the shrine for the Shichigosan Festival.
It’s that time of year. Sales of New Year’s cards have also started. 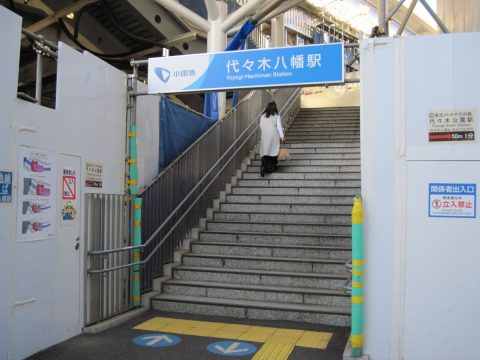 The Yoyogi Hachiman station was under construction.
I am sure that a beautiful station will appear again.

Walk along Kannana-Dori Ave | Discovered an overpass where you can see more than 10 railroad tracks! | Ichinoe – Aoto Station East

There was a place where I could see more than ten train tracks. This may be the Shin-Koiwa Signal Station. Ichinoe ...

Having walked the northern part of the Ring Road 2 many times, I was initially not very enthusiastic about walking today...