The public visit to the Daijokyu Palace will last for 18 days from November 21 (Thursday) to December 8 (Sunday).

If we miss this opportunity, there is a good chance that we won’t be able to see the actual Daijokyu in the future, so I decided to go see it.

From Tokyo Station to Security Check 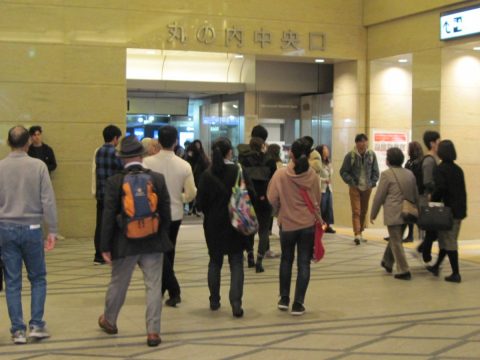 This is the Marunouchi Central Exit of Tokyo Station. Has this entrance been around for a long time? This is my first time here.

The Tokyo Olympics are only 243 days away. It’s getting closer and closer. 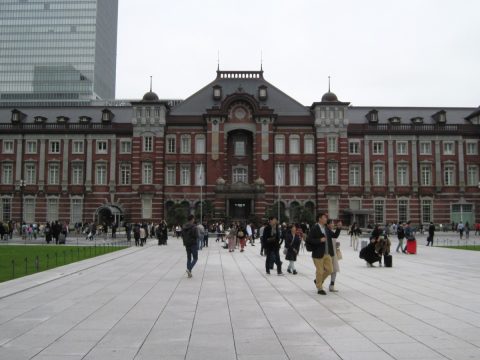 In front of Tokyo Station today, there seems to be about 1.5 times as many people as usual. I think this is largely due to the fact that the Daijokyu Palace is open to the public. 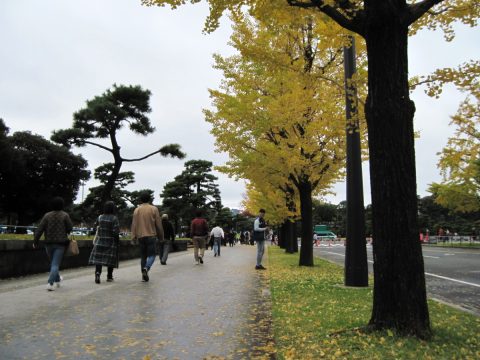 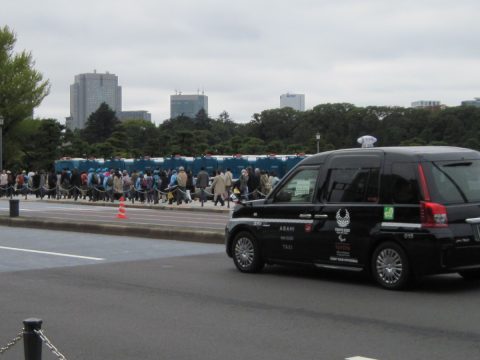 Riot police vehicles lined up in an orderly fashion

On the other side of Uchibori Street, vehicles that looked like riot police were lined up in an orderly fashion. There is a sense of serious security in the air. I took this photo in a hurry just as the traffic light was about to change, so the cab was in the picture, which was a bit of a mistake.

I thought I would be able to get in easily from the Sakashita Gate on the extension of Miyuki Street, but I was diverted to the Nijubashi Bridge to the south. 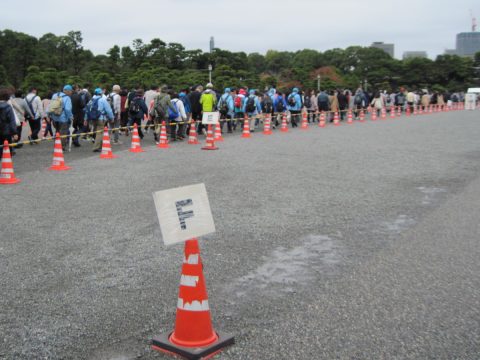 Waiting in line for security check

The colored cones with E or F markings are used to create a Disneyland-like queue when there are much more people.

Fortunately today, we didn’t have to wait, and a straight line of traffic was set up. 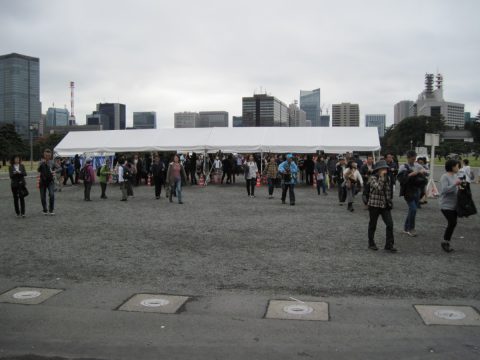 People coming out of the security check tent 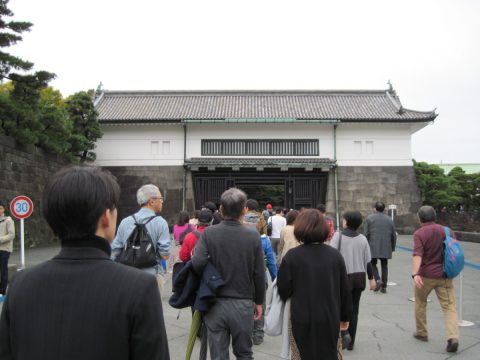 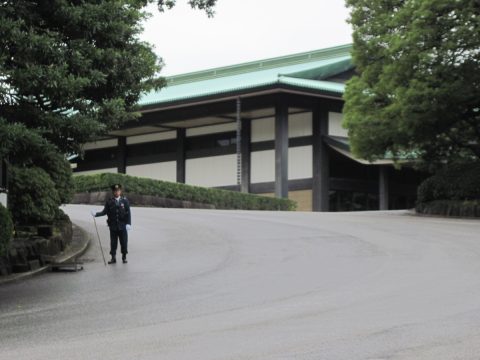 There was a sign that said, “Palace.” To be more precise, it is Chowaden. This building and the east garden in front of it are used for public ceremonies. 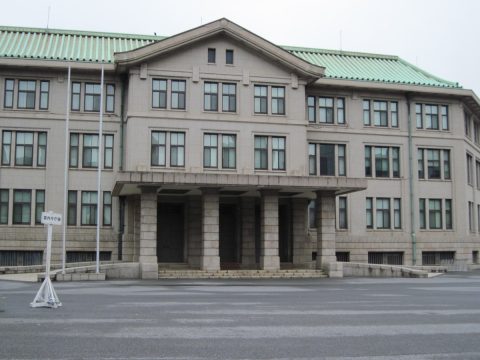 This is the Imperial Household Agency Building. It was built in 1935. This is where the Imperial Seal and the State Seal are kept. 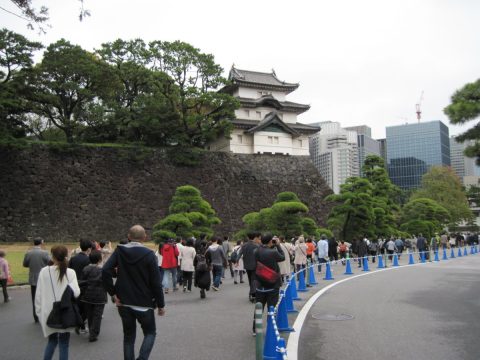 The Fujimi Yagura is a castle-like structure.
The castle tower of Edo Castle was destroyed by fire in the Meireki Fire, and the Fujimi Yagura was rebuilt to replace the tower. Of the three existing turrets in Edo Castle, only this one is a triple turret, while the others, Tatsumi and Fushimi, are double turrets. 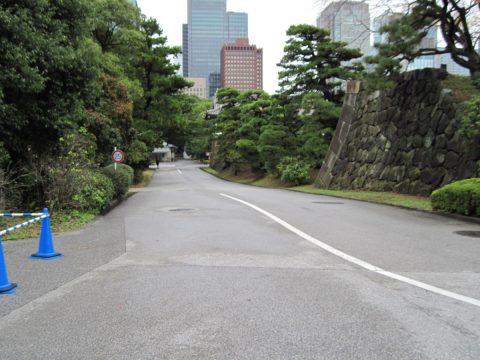 The road extends to the east. The speed limit is 25km/h, right?
If you go right at the crossroad at the back, you should come to Kikokumon. 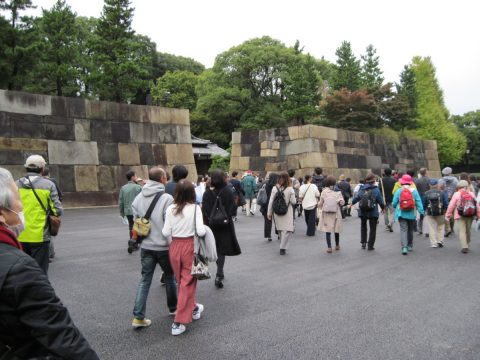 The stone wall in front of the Hyakunin Bansho appeared. I have been to this place several times. 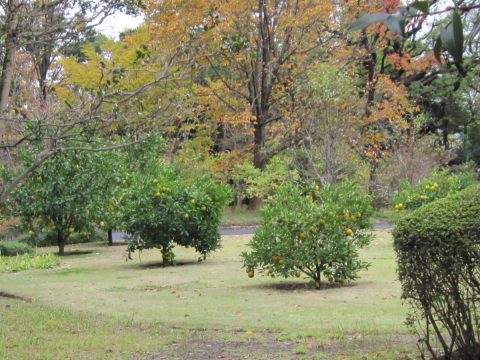 Up the curved slope, you will see the East Gyoen Fruit Tree Old Variety Garden. At this time of the year, there were many Egami Buntan trees bearing fruit. 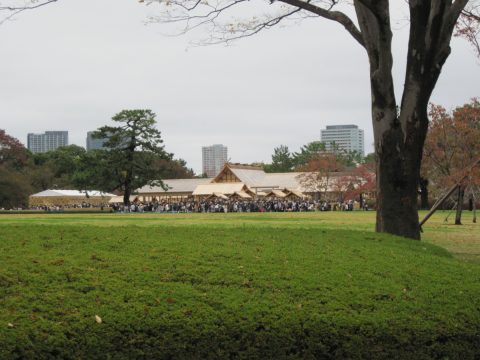 Finally, we could see the Daijokyu Palace.
There are many people gathered here. 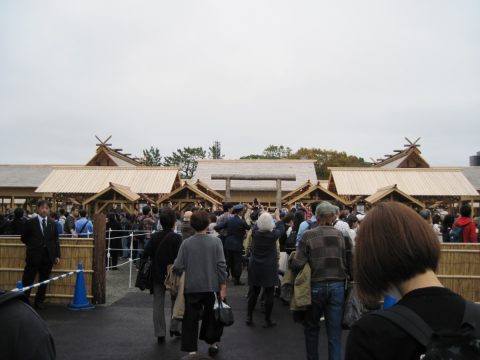 In front of Daijokyu Palace

The flow of people is smoother than I expected. As I reached this point, I could smell the delicious aroma of wood in the air. 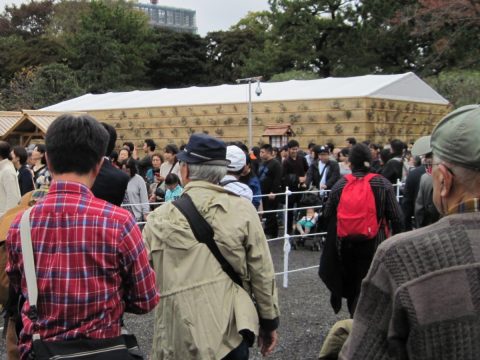 This large building is the Kashiwaya, the place where ambrosia is prepared.

The Kashiwaya is decorated with twigs. I was going to ask what kind of tree it was, but I forgot. I looked it up when I got home, and it seems to be a shii oak. The oak used for offering ambrosia to the gods is a member of the beech family, so I guess they are related to acorns. 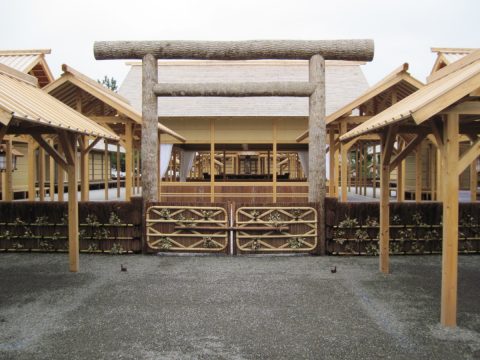 This is the South Shrine Gate of the Kuroki Torii. It is one of the five gates made of Shibagaki.
The building in the center following the gate is the Dengai Omiakusha. This is the building where the female members of the Imperial Family attended.

You can take photos like this one because there are regulation lines set up a little farther away from the gate, and if you wait a little while, people will switch places. 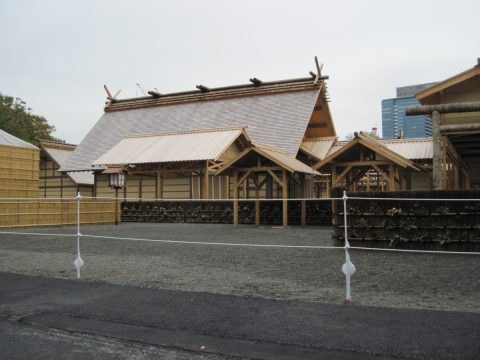 This is a shot of the Shuki-den from the west. 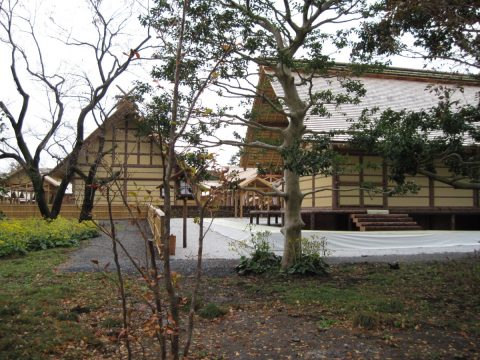 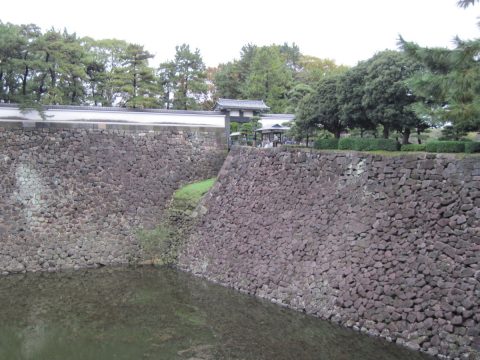 After the visit, I came out of the Kitahanebashi Gate.

The bridge between the gate and the imperial police station seen in the photo used to be a drawbridge in the Edo period, as the gate is located close to the castle tower. 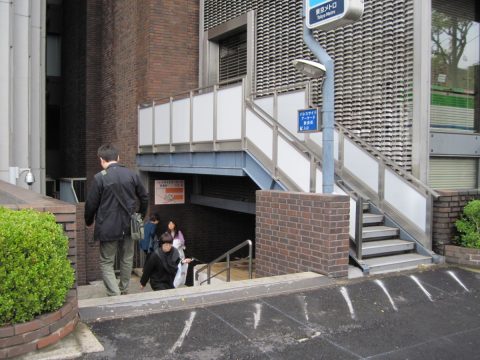 I returned from Takebashi Station.

Although it only took about an hour, I was able to take a walk that was rich in tradition and history.

I don't like crowds, so I was planning to watch the celebration ceremony on TV. However, since I introduced the route...
My experience of attending the Enthronement Parade and the dimensions of the flag I received
Took a walk around the perimeter of the new national stadium to see the Japan Olympic Museum!
ホーム
Tokyo