You can visit the State Guest House! I didn’t this time, though. 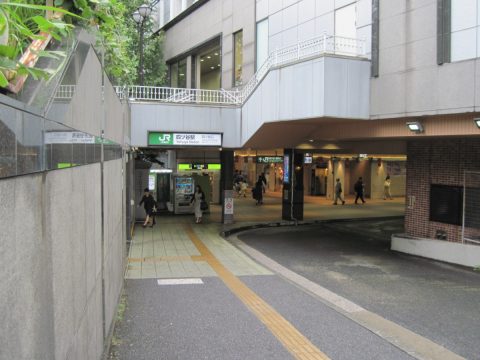 Walk along the continuation of Loop Route 2 from Yotsuya Station. 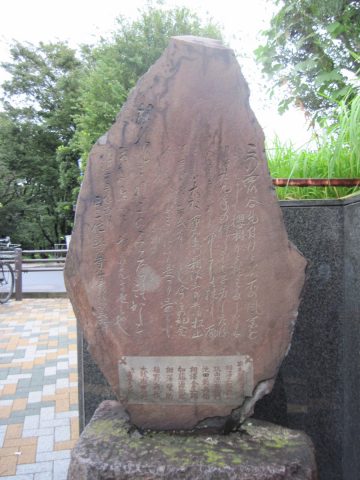 At the exit of the station, I found a stone monument!

It seems to be in honor of three people who made efforts to maintain the landscape by planting trees in 1896.
I can only read about half of it. I’d like to be able to read something like this. 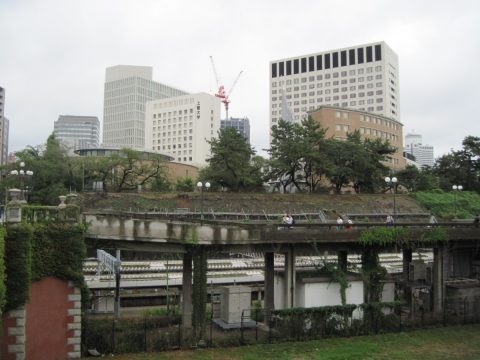 Beyond the JR tracks in the outer moat, from left to right, I could see St. Ignatius Church, Sophia University, and Hotel New Otani. 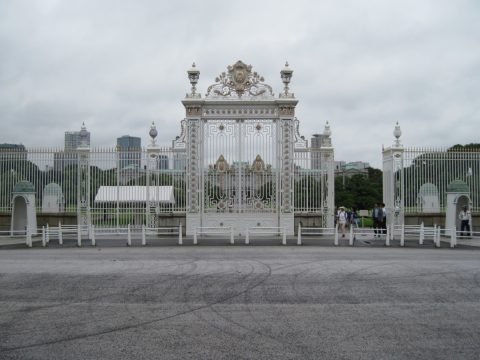 Gate of the State Guest House

About 400 meters from the station, I found the State Guest House on my right!

When I was a student, I was chased away by security guards when I approached this gate, probably because a state guest was there.

Today, when I approached the gate with trepidation, I saw that many people were coming and going from the side of the gate!
The State Guest House was open to visitors! I wonder if it was possible even back then.
However, a visit fee is required. It costs 1,500 yen for adults and 700 yen for junior and senior high school students. 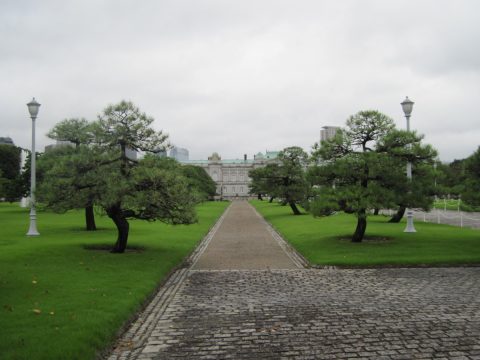 The garden of the State Guest House

When I approached and looked at the garden, I saw that it was like the outer garden of the Imperial Palace, with pine trees planted on the lawn, and a classy landscape.

Next time, I’ll make a reservation with someone I know and visit the garden all dressed up. 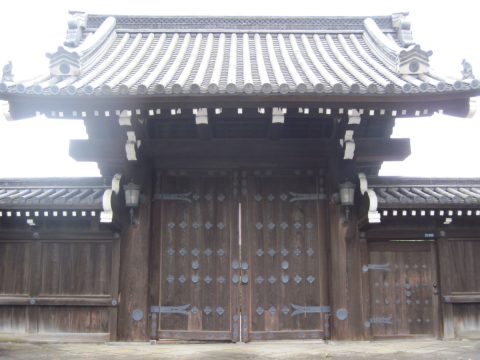 The Geihinkan is located on the grounds of the Akasaka Palace. It used to be the upper residence of the Kishu Tokugawa family, and the magnificent gate still remains. 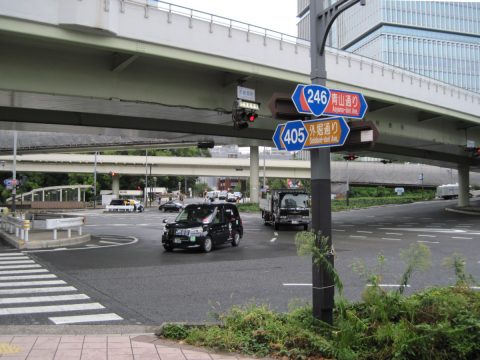 Continue along the Sotobori moat and go down Kinokuni-zaka to reach the Akasaka-mitsuke intersection.
This Aoyama-dori is the route of the upcoming accession parade on October 22.

I wonder if it will go through this crosswalk or over the multi-story intersection. 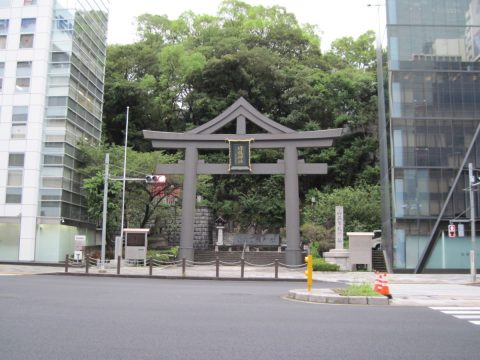 I found the Hie Shrine. The deity of the shrine is Oyamaakui no Kami. It was revered by the Tokugawa Shoguns as their god of birth.
I remember learning in my high school Japanese history class that the shrine guarded the back gate of Edo Castle. 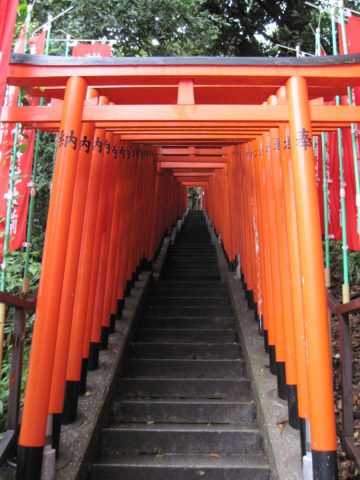 I went up the Inari approach to pay my respects.
I’ve seen the approach lined with many red torii gates in pictures, but this was the first time I’d seen them in person, and I felt excited. 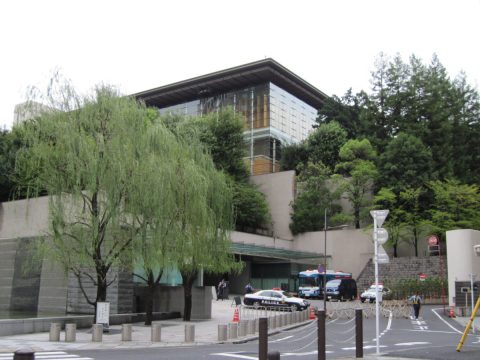 I found a building that I often see on the news! It’s the Prime Minister’s official residence.

There were many police guarding it. 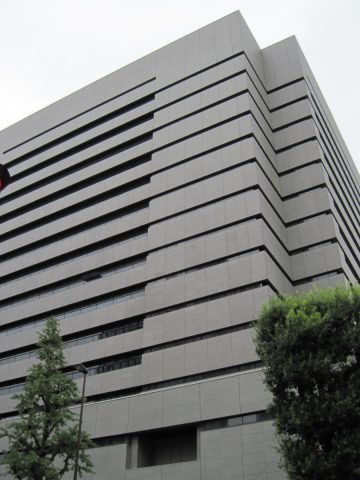 I found the Japan Patent Office in the southernmost part of the Kasumigaseki government office district!

This is the building where the know-how of Japan as a technological powerhouse is housed.

The Japan Patent Office (JPO) is a rich ministry that operates on a self-financing basis because it receives fees for patent applications.
I’ve heard that the ICT and other systems are magnificent. 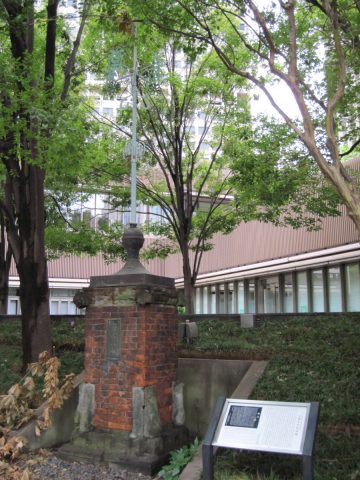 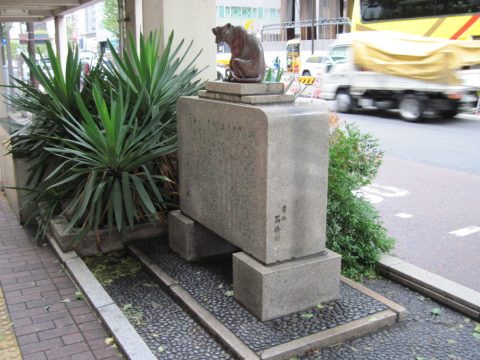 Right above Toranomon Station is the Toranomon Monument.
The tiger looks like a cat, and this monument has a reputation for being cute. 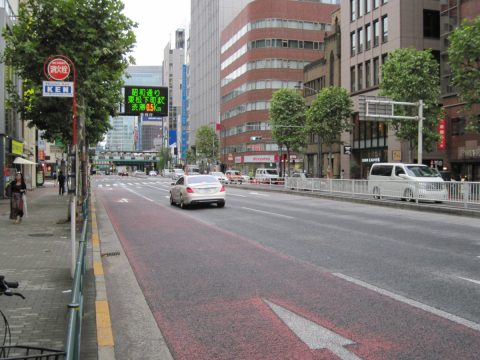 Part of the marathon course

As Sotobori Street crosses the Nishi-Shinbashi intersection, the Tokyo Olympic marathon course joins it. Yesterday, the MGC (Marathon Grand Championship) was held, and the athletes must have run here. 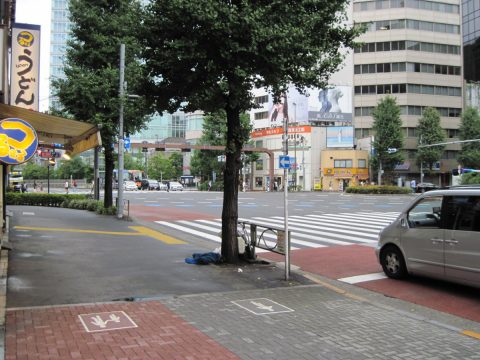 The marathon runners turn left here onto Chuo-dori (National Highway 15), which is the starting and ending point of Loop Route 2.

Having walked the northern part of the Ring Road 2 many times, I was initially not very enthusiastic about walking today...

Walking along the Loop Route 5｜Discovering a museum of bills and stamps! | Miyachi – Mizota Bridge

I discovered a museum of bills and stamps near Oji Station, so I took a tour. 8-way intersection at Miyachi For the fi...

The ventilation center of the tunnel on the Metropolitan Expressway is huge. I was surprised. Around Jujo Station ...
Walking along Loop Route 2 | Discover Kai and learn the origin of the name Ochanomizu! | Starting and ending points – Yotsuya Mitsuke Kita
Walking on Loop Route 2 | Crossing the Tsukiji Bridge! | Akasaka 1-chome – Tsukiji Bridge
ホーム
Tokyo