On my walk today, I found the Japan Map Center!
It was closed, but I enjoyed just looking at the window. 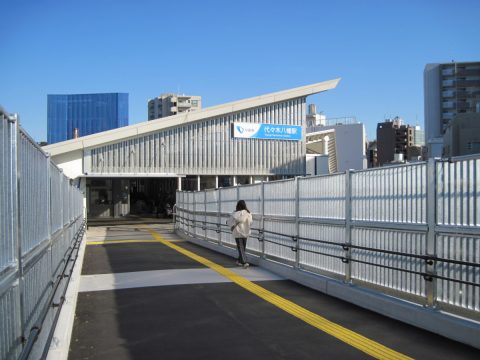 When I got off at Yoyogi Hachiman, I found that the passage that had been under construction almost a month ago was now open.
Walking through the new area made me feel a little better about myself. 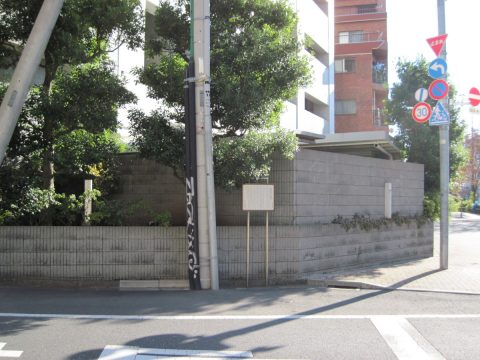 There was a pine tree called “Kuragake no Matsu” where Minamoto no Yoritomo (some say Yoshiie) hung his saddle when he went to conquer Oshu. It was a famous tree with leaning branches and an interesting shape, but unfortunately, it died in the Meiji era.

For some reason, there was a riot police car parked around this pine tree, and a security guard was standing there. When I asked why, I was probably just told to go away. When I got home, I did a search using the place name “Tomigaya” and “security,” and found out the reason. 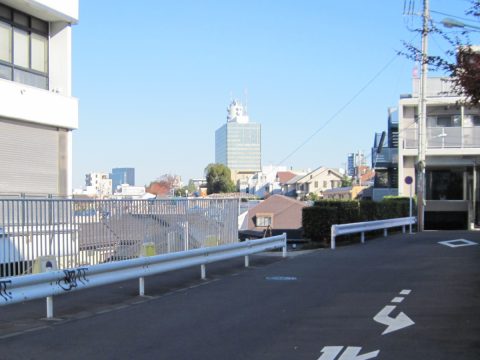 You can see NHK from here. There are many antennas attached.

The roof of the house in the foreground is almost the same height as the road I am walking on now, so I can see that the side of the road is a cliff. The cliff seems to have been carved out by a tributary of the Shibuya River.

I wondered if NHK was also located in the valley of the Shibuya River, so I looked at a topographical map and found that it was on a plateau with an elevation of about 20 meters.
I checked the elevation of Mt. Atago, where NHK was originally located, and found it to be 25.7 meters. Although the elevation of the building was slightly lower after the move, it is still a broadcasting station, so it seems that they chose to build their building in a high place. 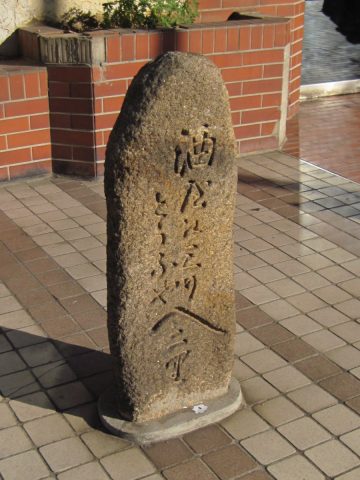 Stone monument in front of the cafe

In front of a cafe, I found a stone monument!
It says, “Aburaya e Sanri Tofuya e Ni ri. (6 miles to the oil shop, 4 miles to the tofu shop)”
It seems that people in the old days used to go far away for shopping even though they didn’t have cars. 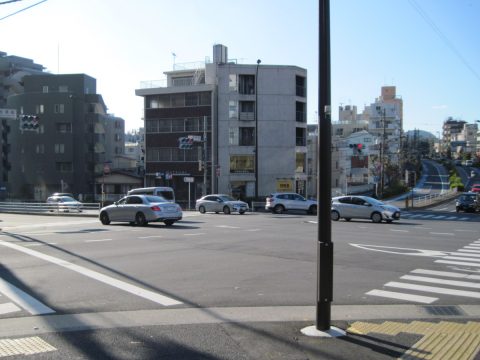 The area around the Matsumi-zaka intersection is very complicated.
This seems to be a tributary work of the Meguro River. 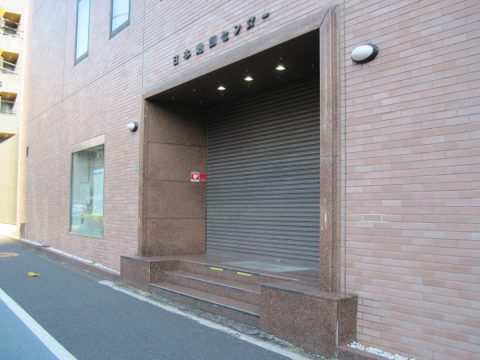 I found the Japan Map Center, which may have something to do with the complex, uneven terrain!

It was closed, but if it were open, would they be selling them?
Even though it was closed, the contents displayed in the window were deep and enjoyable.

For example, I learned (1) that a 29-sided topographical map was published on December 1, 2049, (2) that Tamagawa Onsen produces a rare lead-containing hematite called “Hokuto-seki,” and (3) that there is a place called “Menoto (Woman’s city)” in the northeastern part of Nagasaki Prefecture. 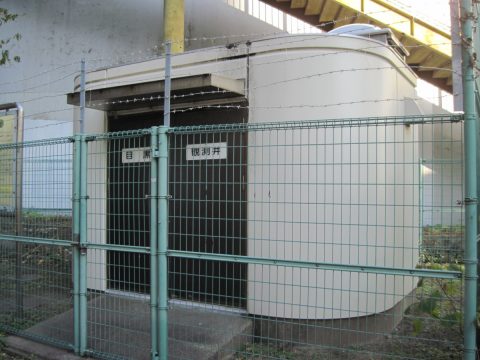 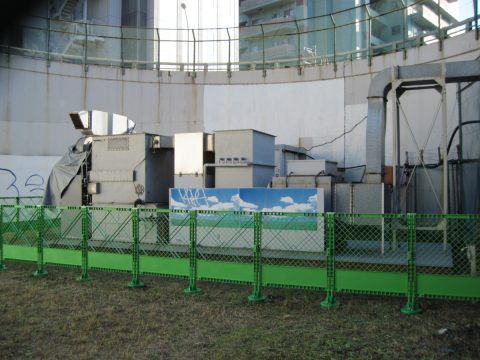 Right next to the observation well, there was also some kind of amazing device. The duct extending to the right crossed over the sidewalk and connected to the Osakabashi automobile emission measurement station. I wondered if there was an analyzer or something in there. (I found out after I got home that it was an electrostatic precipitator and denitrator for a public air purification experiment.) 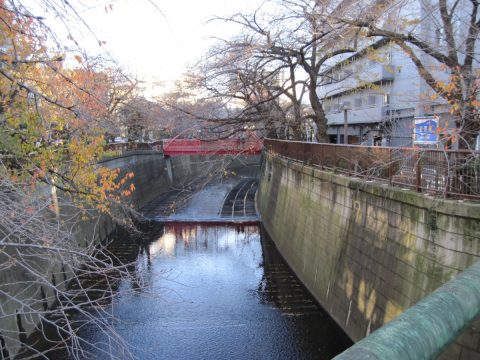 I met the Meguro River. It’s been a long time since I walked along the river, since March of this year.

Yamate Dori under construction for widening

That’s right, I was walking along Loop Route 6.
The area I am walking today is called Yamate Dori all the way. Yamate Dori in this area is currently undergoing widening. 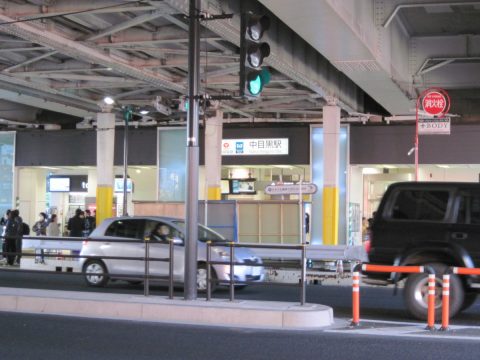 I arrived at Nakameguro station.
I didn’t take any pictures, but I think the shopping street leading up to here is one of the most fashionable shopping streets in Tokyo.

Today is the seventh time for me to finish my walk along Loop Route 3. After the walk, I crossed Kachidokibashi Bridge a...

Walk along Kannana-Dori Ave | Found a sidewalk on Kaname-cho Street suitable for a walk! | Nakajujo 3-chome, Kita-ku - In front of Musashino Hospital

Walking along the Loop Route 5｜Discovering a museum of bills and stamps! | Miyachi - Mizota Bridge

I discovered a museum of bills and stamps near Oji Station, so I took a tour. 8-way intersection at Miyachi For the fi...
Took a walk around the perimeter of the new national stadium to see the Japan Olympic Museum!
Walking on Loop Route 6 - Discover Kirishitan Lanterns and Kaguraden at Otori Shrine! | Nakameguro - Nishi-Gotanda 1-chome
ホーム
Tokyo