I decided to walk the Minobu Line for the first time in about two and a half years. I had been walking from the Kofu area, but due to accessibility reasons, I decided to walk from Fuji Station today.

Found a fire hydrant lid with a picture of Kaguyahime on it! 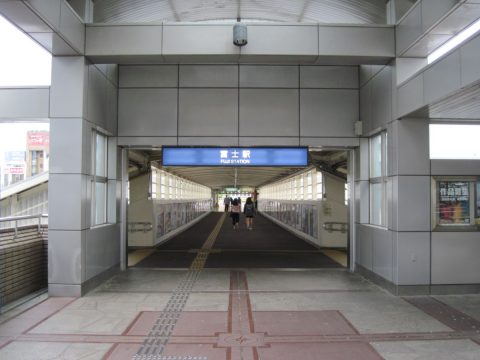 Fuji Station was a beautiful new station building.
Not many people. 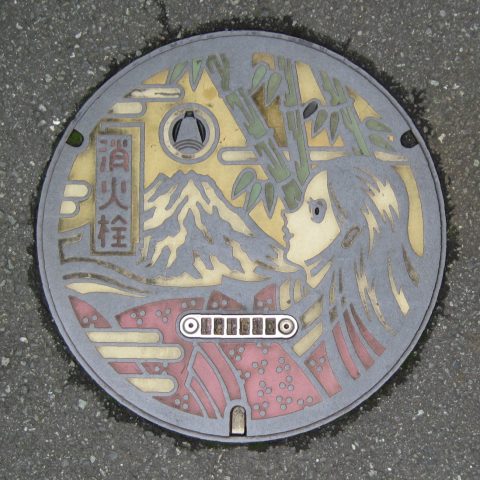 A fire hydrant lid with a picture of Kaguyahime

Found a fire hydrant cover with Kaguyahime on it!

There is a legend in Fuji City about Princess Kaguya, who is said to return to Mt. Fuji instead of the moon. The princess is also said to be the deity of Mt. Fuji itself. Was she the same deity as Konoha Sakuyabime?
I used to think that Taketori no Okina was a furniture maker and his daughter, so the Chinese characters were written as “Furniture Maker (Kaguya) Princess”, but it seems that various documents use Chinese characters meaning “bright” or “shining” (Kagayaku).

The Minobu Line running on an elevated track 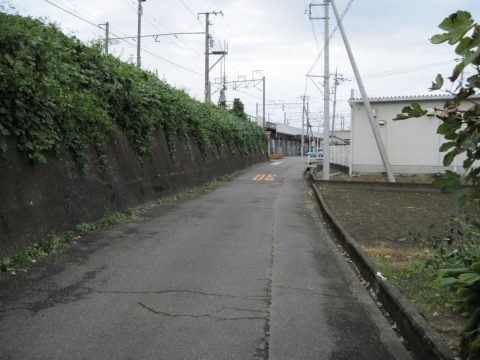 Here is the Minobu Line from Fuji Station to Yunoki Station.

Beside it, there was a fig tree. They are very fruitful.

I wonder if the seeds in the tree are ripe enough to sprout if I sow them. 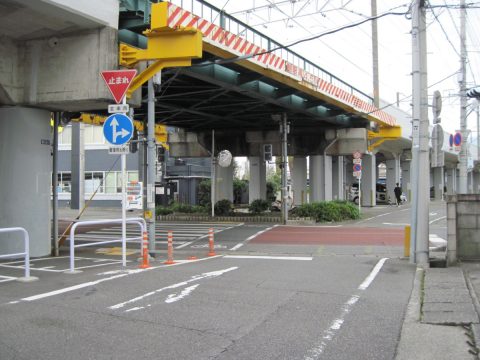 Intersection with the old Tokaido highway

I visited this point for the first time in five years. This is the intersection with the old Tokaido highway.
I thought I would be very impressed, but unfortunately, I don’t remember it very well.

I think it’s because at the time, I thought it would intersect with the Minobu Line on a flat surface, but it somehow passed under the elevated tracks. 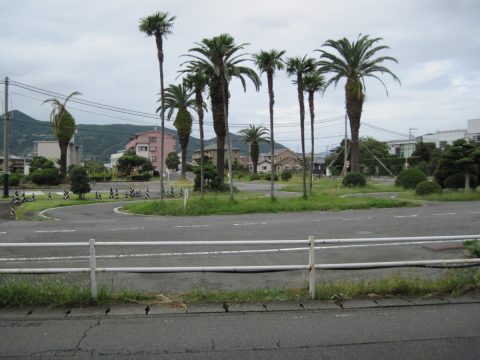 The FDS Shizuoka Fuji Driving School is on your left just after crossing the Tokaido Highway.
Compared to other driving schools in Tokyo, it seems to have a simple wall.

I wonder if the school is closed today due to the typhoon. There are no moving cars.
There are many palm trees growing here, and it looks like a tropical country. 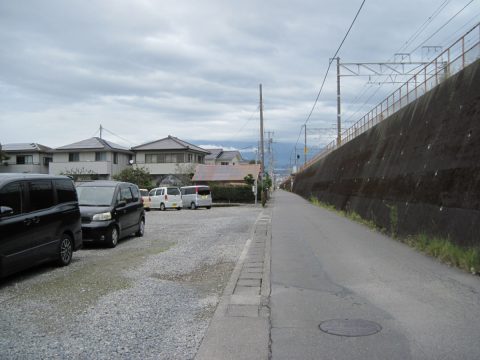 Minobu Line running on an elevated track like an embankment

The Minobu Line will continue to be elevated for some time to come.

The Minobu Line has the image of a line that collapses relatively easily when it rains heavily, causing the suspension of operations.
Perhaps these measures were successful, as the line was unfazed by Typhoon No. 19, which was said to be one of the strongest typhoons ever. 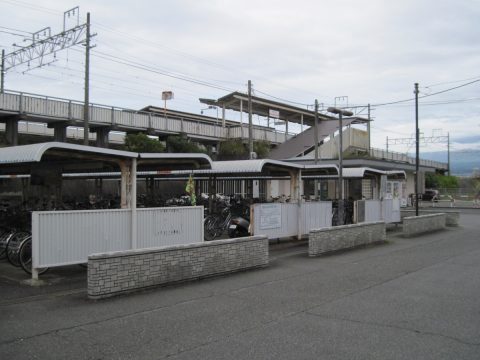 Tatebori Station is also located at a very high altitude.

On a clear day, you can probably see Mt. Fuji from the platform, but it’s cloudy today, so I can’t see it at all. It’s a shame.

There is a huge bicycle parking lot at Tatebori station, and you can see that many people commuting to the Tokaido Line live in this area. 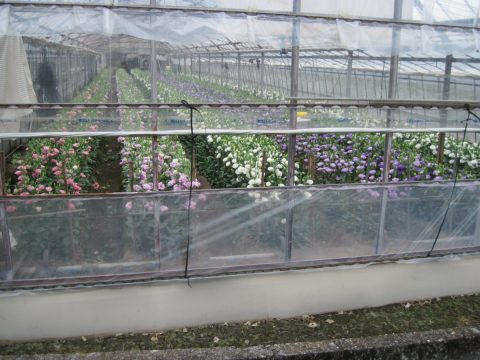 There was a farmer who was growing flowers in a vinyl greenhouse. Is it lisianthus? They are colorful and beautiful. 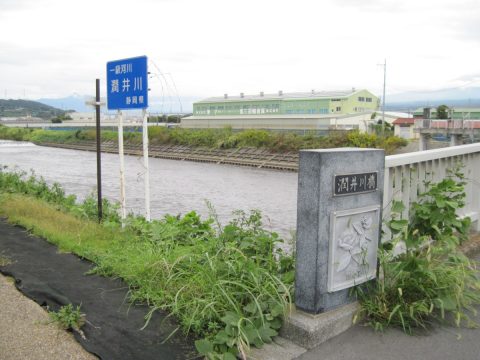 The name “Urui-gawa” comes from the tears shed by the locals when the Princess Kaguya returned to Mt. Fuji. 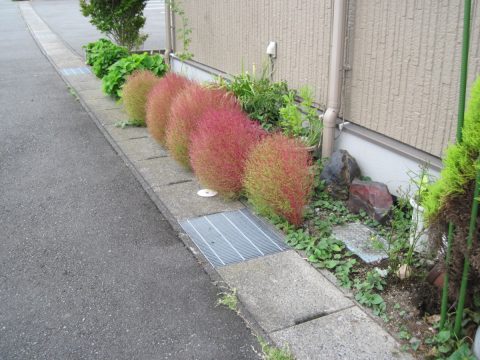 The kochia was turning red. It’s kind of a round, cute, and healing plant. It’s actually belvedere fruit. I think I’ll plant it in my garden next time. 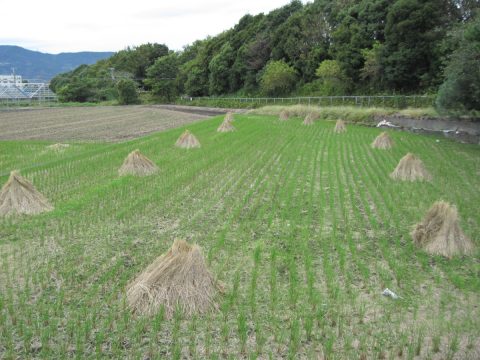 The Original Landscape of Japan

This is the original landscape of Japan.

We don’t see this scenery very often these days.
It’s nice and relaxing. 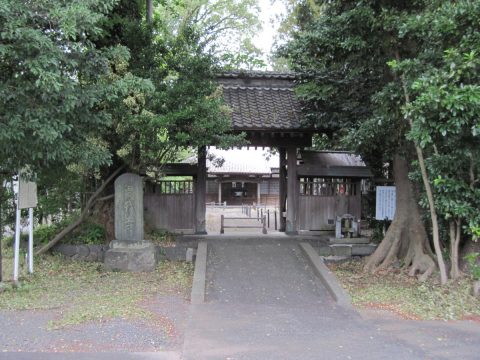 About 400 meters off the Minobu Line, I visited Yogakusan Fukusenji Temple.
It is also called Soga temple, and houses the graves of the Soga brothers, famous for their three great revenge attacks in Japan.
There was no one in the precincts of the temple. 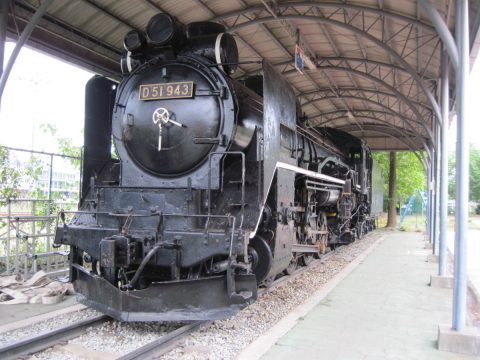 To get back along the Minobu Line again, I found an SL D51 just across the level crossing northwest of Iriyamase Station!

The body of the car was shining, so it seems to have been taken care of. 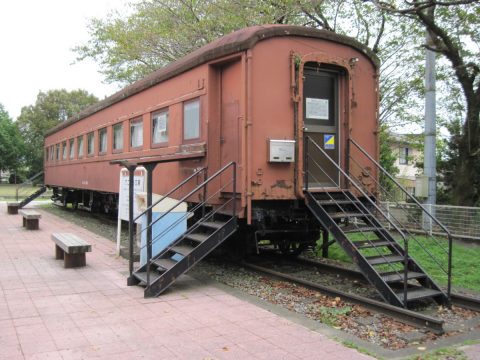 There was also a carriage on the side. It was a library called Degoichi Bunko, where you could read books, but it was closed today because it was Sports Day, a national holiday. 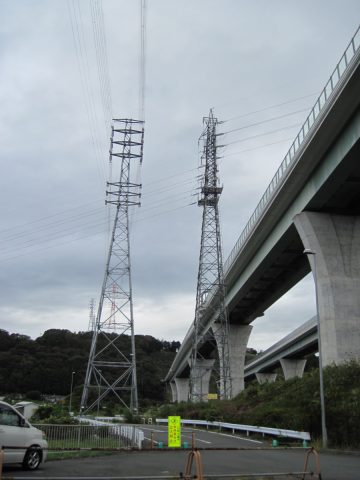 Passing through the Shin-Tomei Expressway.

It seemed to be a key point for power transmission, and there were many pylons. 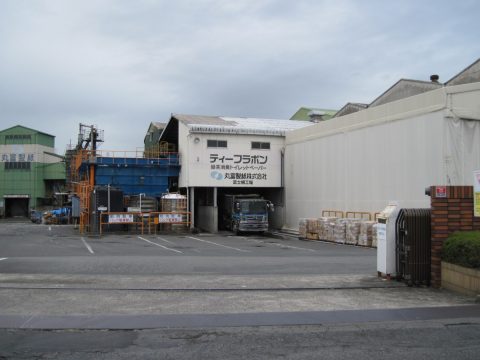 One of the paper mills in Fuji and Fujinomiya

Paper mills are a common sight in this area. Rather than huge mills, there were many slightly larger factories in the town.

When I was in elementary school, even though I hated social studies, I remembered that Fuji and Fujinomiya were known as paper and pulp factories.

It seems that a handmade washi paper factory was established in 1879, and from there, the paper was gradually converted to Western paper, and the technology spread throughout the region. 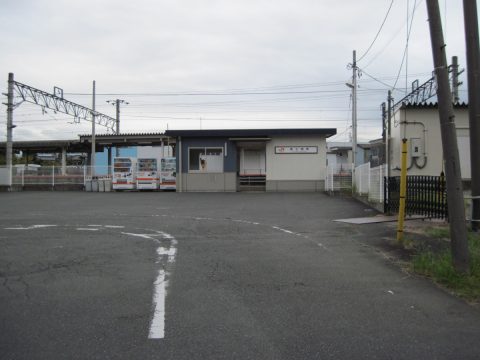 When I arrived at Fujine Station, it was just starting to rain.
The train would come in 10 minutes. If I missed it, I would have to wait for two hours.
It was cold today, so I decided to go home quietly.