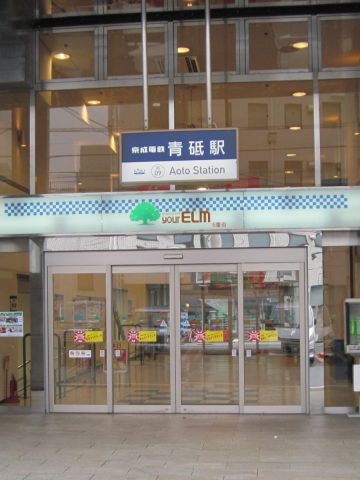 I started my walk from Aoto Station. 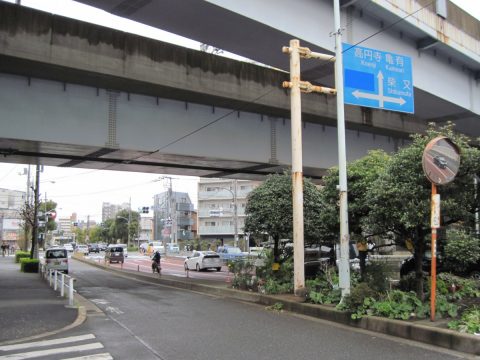 Walk along the Keisei Line toward Chiba, and you will soon reach Kannana-Dori Ave. 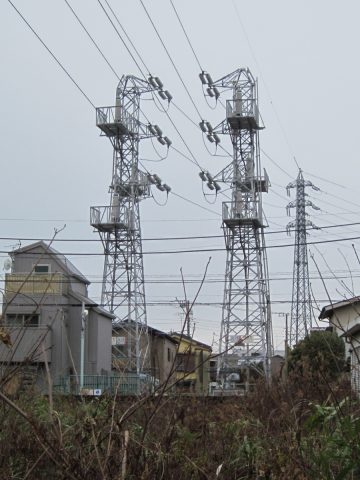 As soon as I started walking, I spotted a strange pylon!

Why did they build two pylons?
Why didn’t they just stretch the wires on both sides of one tower like they usually do? I’m sure it would be cheaper. 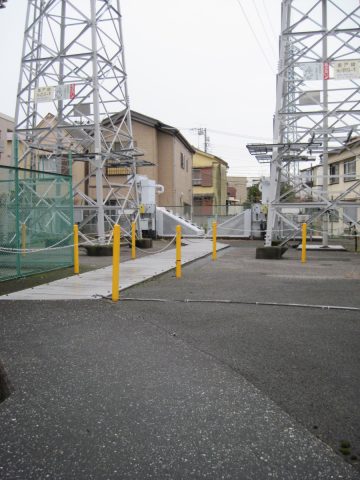 View of the ground surface where the two pylons stand

I went nearby to take a look at the ground surface, but I couldn’t figure out the cause.
I wonder if the creek was culverted and the ground was too weak to build on.

Discover the ruins of Kasai Castle! 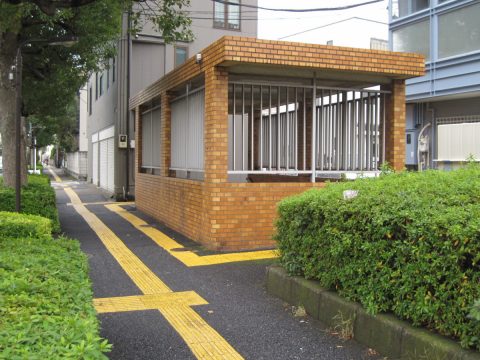 Since there are few traffic lights in this area, several underpasses were set up as a route to school for the elementary school. They are tiled and magnificent. 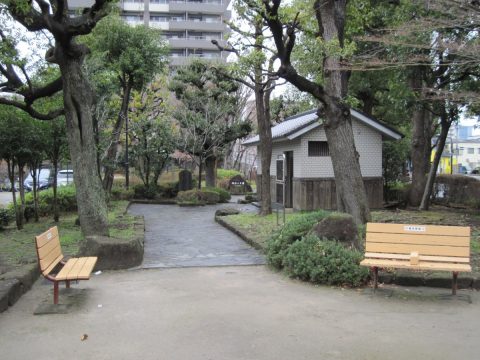 I discovered the ruins of Kasai Castle!

According to the explanatory board, since it exists on alluvial land, no remains that can be seen on the surface of the ground are recognized. In other words, it seems to have been buried by the flooding of the Nakagawa River.
The builder and the date of construction seem to be unknown, but as a result of excavation in the late 1965s, the existence of a castle has been confirmed.

Of the two stone monuments in the photo, the one on the left says “Ruins of Aoto Fujitsuna Castle.” According to Wikipedia, it is not certain if Aoto Fujitsuna was ever here, but it is said that he was a fair-minded man, and I can feel the desire to be associated with his virtues.

Incidentally, the origin of “Aoto” station, the starting point of today’s walk, comes from the legend that Aoto Fujitsuna ruled this area. 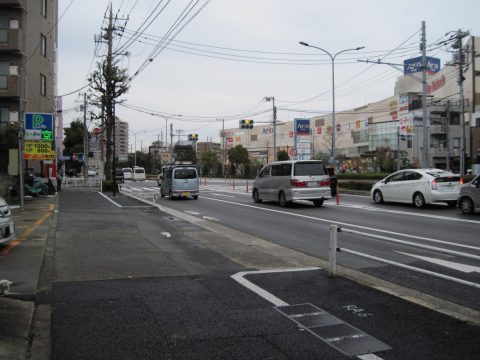 There are many facilities that need to be explained 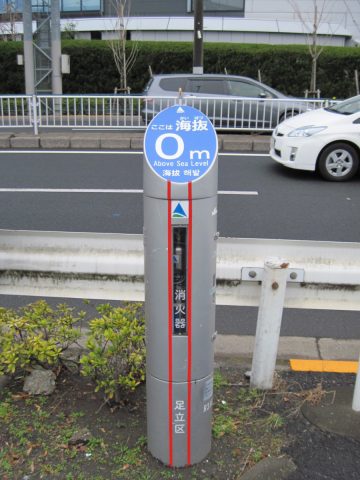 I found a sign that said 0 meters above sea level!

Indeed, this area is a zero-meter zone, but this is the first time I’ve seen such a claimed “0 meters above sea level”. 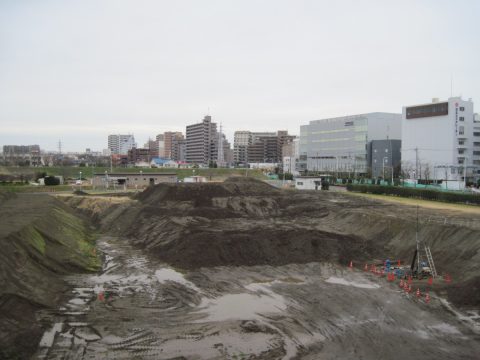 What is this facility?

This is the view from Metropolitan Nakagawa Park.
Can you guess what the facility is? It’s the “Soil Making Village. It’s a facility where soil generated from sewerage works is recycled as backfill soil. What does it do to improve the soil? Is it a blending process? 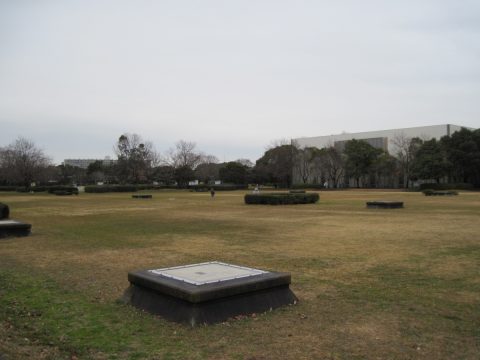 Metropolitan Nakagawa Park is a park built on top of the Nakagawa Treatment Plant of the Bureau of Sewerage. There are not many people here.
There was a man playing a brass instrument, but the sound was hardly noticeable. 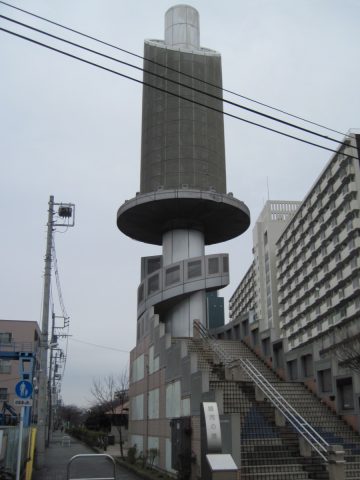 You don’t understand this object either, do you?

It’s the “Tower of the Galaxy. It’s a symbolic tower built to commemorate the completion of Kasai Water Park. I refrained from climbing it. I didn’t climb it. But I heard it’s a beautiful view when you climb it during the cherry blossom season. 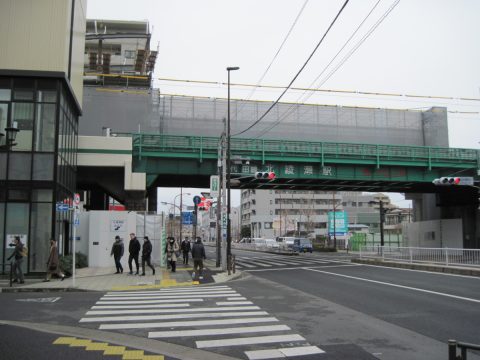 This is Kita Ayase Station.

The Chiyoda Line from Ayase Station to this Kita Ayase should have left from platform 0, but I wonder if it’s still going strong. The Chiyoda Line’s 6000 series ended its operation on November 11, 2018, didn’t it? I liked that design.

Kita Ayase is the terminal station, but to the right (north) of here, there is the Ayase Train Depot, so the tracks still continue. 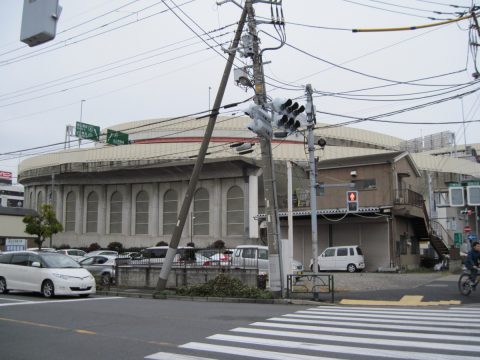 This building also has a strange shape. Can you guess what it is? I guess it’s easy because you can see the road sign. This is the Kahei exit of the Metropolitan Expressway.

I thought it was built during the bubble era because it is so magnificent, but it started to be used on January 24, 1985, just before the bubble. It was exactly the 35th anniversary. But there was no event going on.

I saw a fishing tackle shop 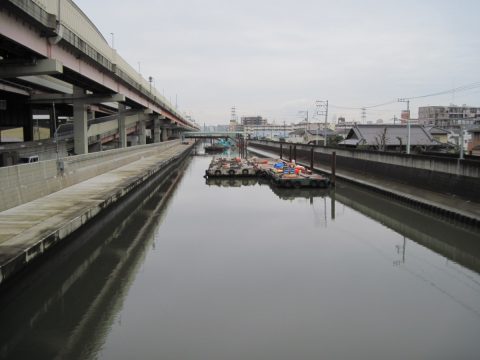 The Ayase River used to be a regular participant in the worst water quality rankings.
Today’s Ayase River was not clean, but I felt it was not much different from other rivers flowing through the city. There was no odor either. 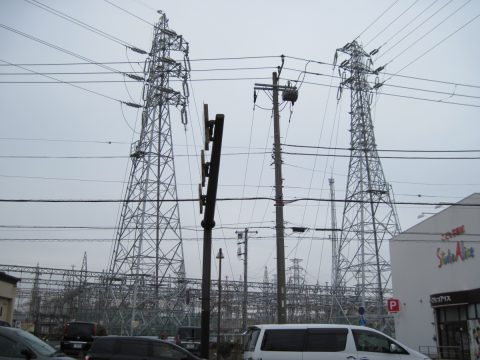 Another steel tower? You might think so, but it’s hard to find such a large scale substation facility. This is the Hanahata Substation. 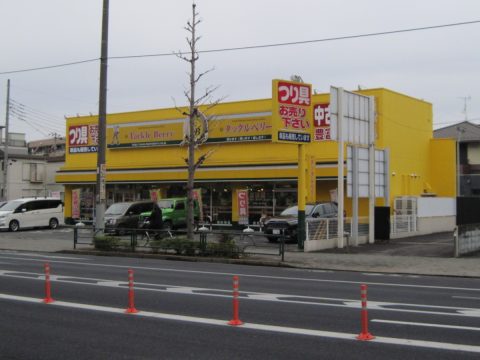 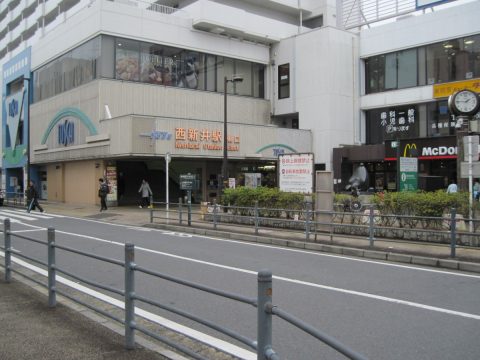 I walked almost 10km, so I decided to go to Nishiarai today.

Walk along Kannana-Dori Ave | Found a sidewalk on Kaname-cho Street suitable for a walk! | Nakajujo 3-chome, Kita-ku - In front of Musashino Hospital

Today, I will walk halfway along what is commonly known as the "MacArthur Road. Found Tamiya Plastic Model Factory Shin...

Today, I will walk in the southern direction from the intersection in front of Shinanomachi Station. Until now, w...

You can visit the State Guest House! I didn't this time, though. The State Guest House Walk along the continuation...
Found the five-ring Olympic emblem for Odaiba! I also walked to the third Daiba.
Walk along Kannana-Dori Ave | Discover the kindergarten where Hikaru Mori graduated! | Nishiarai - Nakajujo 3-chome, Kita-ku
ホーム
Tokyo