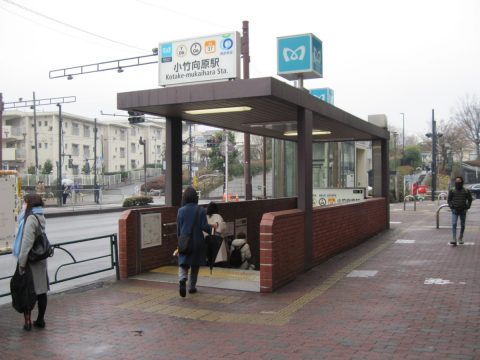 I exited from Entrance 3 of Kotake Mukaihara Station. 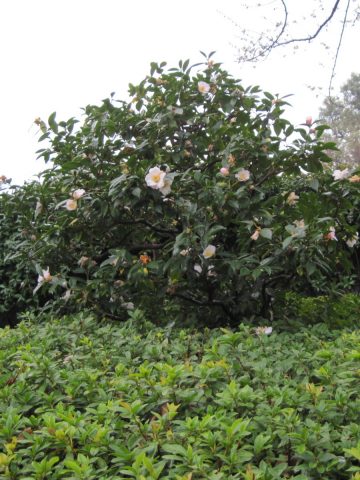 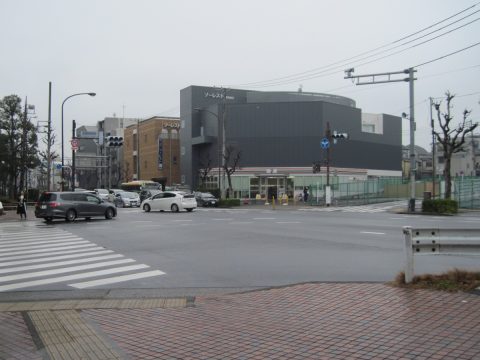 Intersection in front of Musashino Hospital

I’m going to resume my walk along Kannana-Dori Ave from the Musashino Hospital intersection.
It’s going to rain a little this week. 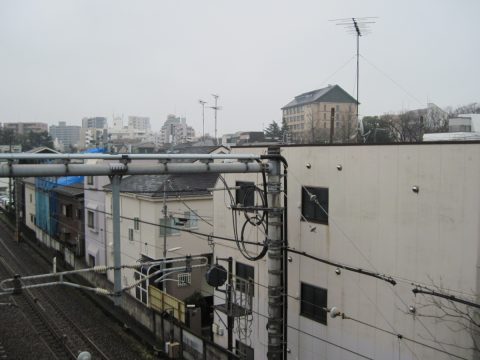 About 1km into the walk, I crossed the Seibu Ikebukuro line.
From the railroad bridge, I spotted a huge building with a gabled roof!
It seemed to be the building called Building 8 of Musashi University’s Ekoda Campus.
It was quite conspicuous. 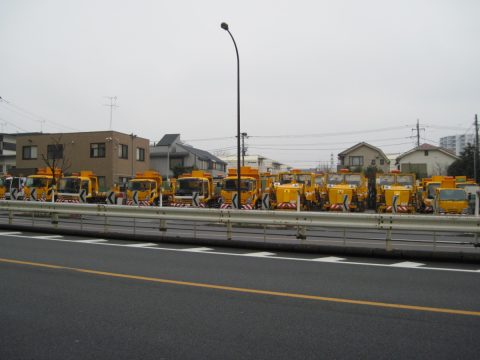 An array of road cleaning vehicles

As I walked further, I saw all the yellow work trucks that seemed to be used for street cleaning.
This was the first time I had ever seen a working vehicle base of this scale. 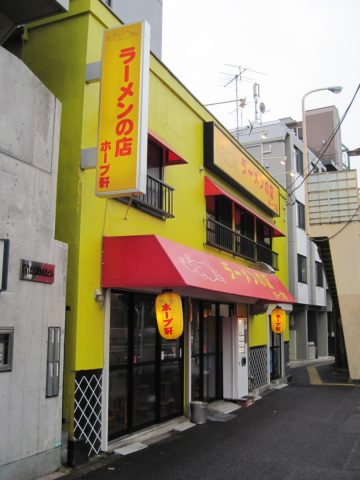 It’s been a while since I found a ramen store.
In the past, Kannana-Dori Ave was famous for its abundance of ramen stores, but perhaps the number of ramen stores has decreased considerably? 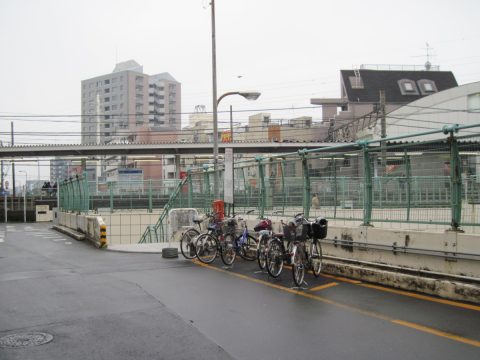 I pass under Nogata Station on the Seibu Shinjuku Line. 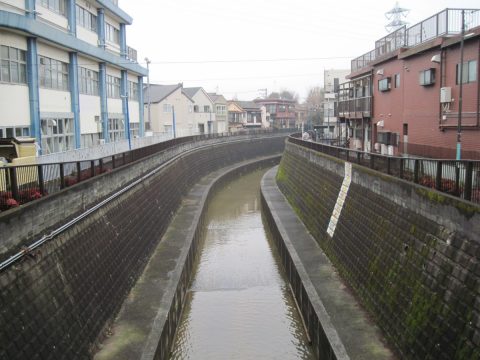 Today I crossed the Myoshoji River, which I have crossed several times.
I will try to walk along this river in the near future. 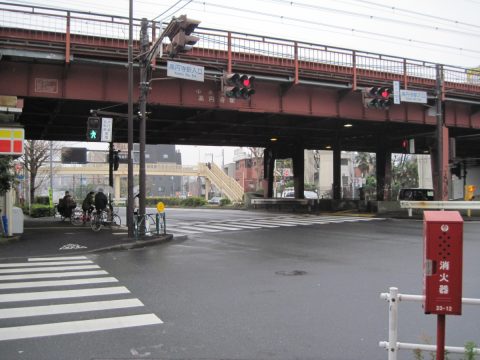 Not good! I arrived at my planned destination, Koenji, before I could discover most of the interesting things today.
I had no choice but to go through the train tracks before heading to the station. 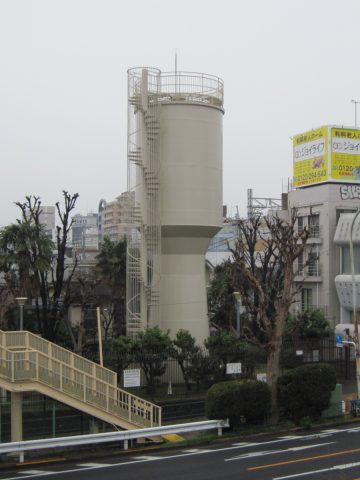 Just past the railroad tracks, I found the Koenji water tank!
It’s quite a cool shape. 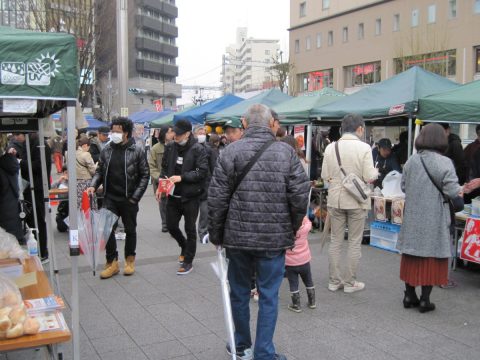 At the north exit of Koenji Station, the Hot Soup Festival was being held.
This was the fourth edition of the festival, and it was very crowded.

Near Minamisunamachi Station where construction is in full swing Following the 3rd Ring Road, I decided to walk counter...