It has been a year and a half since I last walked along the Nikko Kaido Highway to Minamikoshigaya, although I thought it was only a short while ago. The months go by so fast. I wonder when I’ll get to Nikko, walking at such a pace. 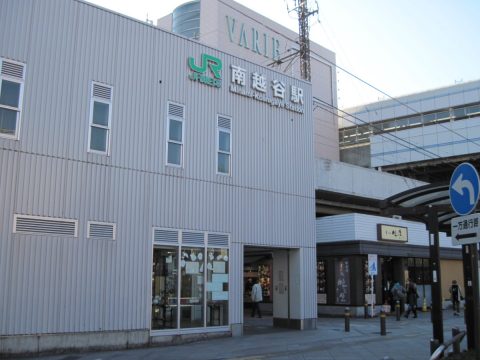 When I got off at Minamikoshigaya Station and came to the intersection of Nikko Kaido and Musashino Line, I saw a relief of the Awa Odori dance at the lighting. 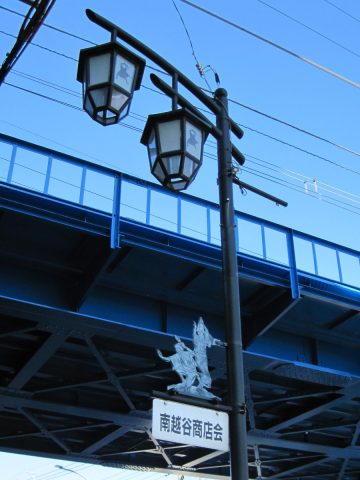 It seems that Mr. Nakauchi Shunzo, the founder of the Polus Group headquartered in Koshigaya City, is from Tokushima Prefecture and started the Awa Odori dance in 1985. 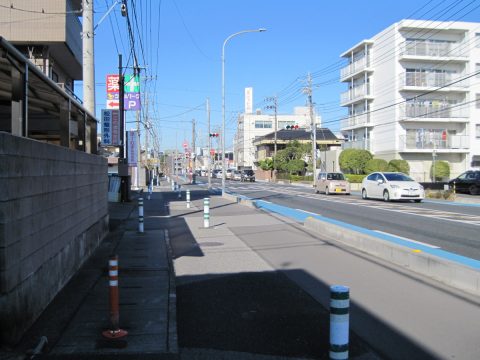 The Nikko Kaido near Koshigaya Station is a one-lane road with wide sidewalks that are easy to walk on, probably to make room for widening the roadway.

There was an old-fashioned clinic building. The wood tone and the paint are indescribable.
There was a one-story clinic like this near my parents’ house, and the doctor there often made house calls. I remember that he would come in with a so-called doctor’s bag, give me a shot, and wash his hands in a metal basin after the examination.
I don’t hear much about house calls nowadays, but I wonder if some places offer them? 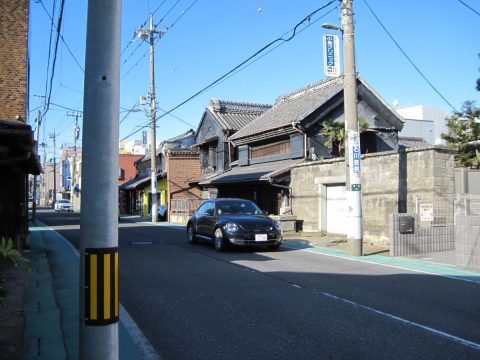 In the area of Nakamachi near the Moto-Arakawa River, old houses and warehouses appear one after another, reminding us that this was a highway.

We crossed the Moto-Arakawa River at Osawa Bridge. The bridge is a historic one, and it has a magnificent light like a gas lamp. 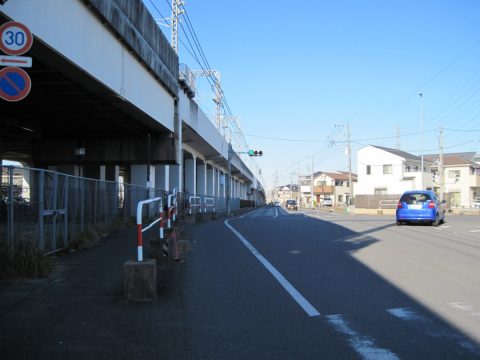 Eventually, I turned left and crossed over the Isezaki line, where I found a security guard standing on the road.
The security was as strict as when I passed by Prime Minister Abe’s house the other day, so I wondered if someone important was living there, and when I checked, it seemed that the Saitama Kamoba of the Imperial Household Agency was on my left.

It seems that the duck farm is a place where ducks are captured unharmed when guests from inside and outside come. Incidentally, there is also a Shinhama Kamoba northwest of Ichikawa Shiohama Station in Chiba.

I found a path that would take me to the north side of the duck farm, so I decided to go there. 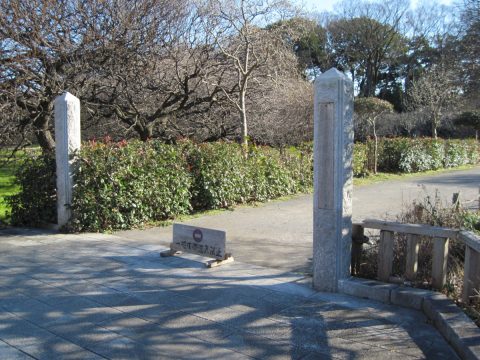 There, I found Koshigaya Bailin Park.
It’s a continuation of the land from the Kamoba. The other side of the big tree in the back.
The plum trees hadn’t bloomed at all yet. 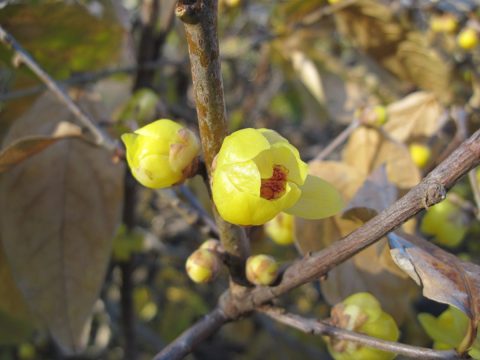 The only thing in bloom was the wintersweet. 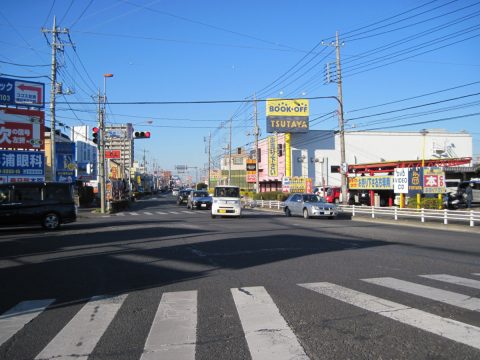 Intersection of the overpass entrance

Merge onto Route 4 at the intersection of the overpass entrance. 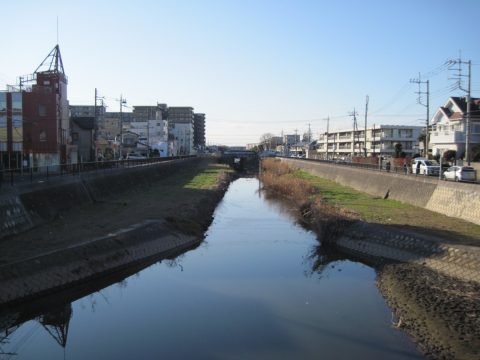 After crossing the Niigata River, we enter Kasukabe City. 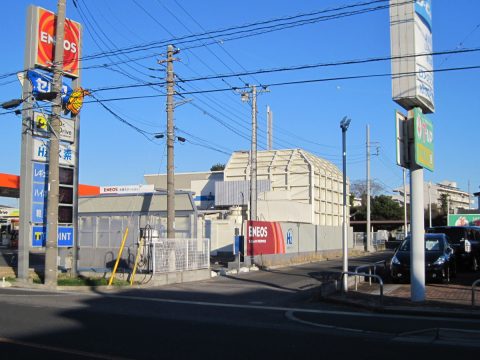 I found an unfamiliar structure at an Eneos gas station!
It says “Hydrogen Station”, so is it a hydrogen storage unit? Or is it a protective wall in case of emergency? Anyway, it means that hydrogen cars are starting to spread.

As I approached Ichinowari Station, large houses and forests of mansions began to appear.
It was as if we were walking along an old highway.

I wanted to go as far as Kasukabe today, but I was worried about the sunset, so unfortunately, I decided to go as far as Ichinowari station.
I forgot to take a picture of it, but there was a fun shopping street leading up to the station. 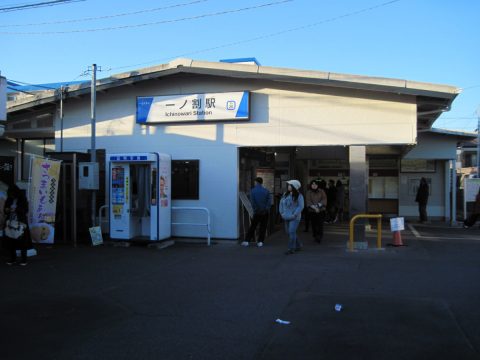 I went to Okinawa for a short trip

We went for a drive to Hakone and Kakitagawa. In some places, I got out of the car and walked around. Hakone Shrine W...

Today is the day of the Enthronement Parade. Since I might be there, I decided to stay on the east side of Tokyo as muc...
I went to the Emperor’s Cup JFA 99th National Soccer Championship Tournament 《Final》!
Walk along the Narita Line (Abiko Branch Line) | Discovering the Lake-Inba Swamp in the distance! | Narita – Ajiki
ホーム
Saitama