There was a place where I could see more than ten train tracks. This may be the Shin-Koiwa Signal Station. 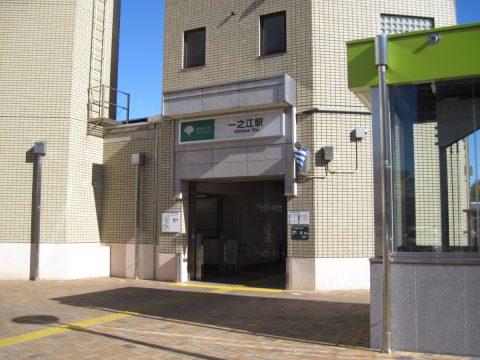 The entrance to Ichinoe Station is 0.7 meters above sea level.

It’s still a little scary to ride the subway while looking at the sea level sign, considering the possibility of tsunami or flooding. I’m sure my fears are unfounded.
Fortunately, I got off the train at Ichinoe Station today and saw the sea level indicator when I came up here, so I didn’t feel scared when I was underground.

Kannana-Dori Ave runs directly above Ichinoe Station, so I started walking as soon as I could. 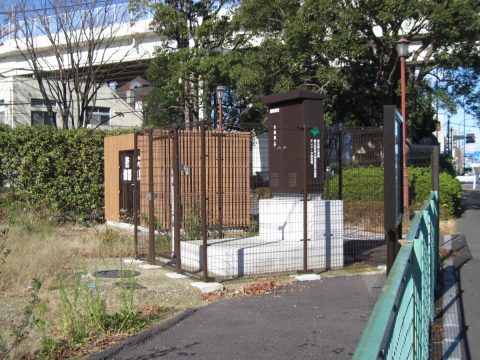 There was a water supply facility for earthquake preparedness, with 100 tons of water available. If each person uses 3 liters of water per day and can last for 3 days, that’s enough for about 10,000 people. The population of Tokyo is about 14 million people, so there must be about 1,400 places like this available. 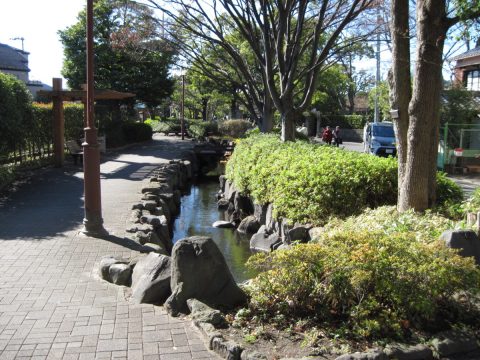 There are so many water parks in Edogawa Ward. This is the Ichinoe Sakai Gawa Water Park. 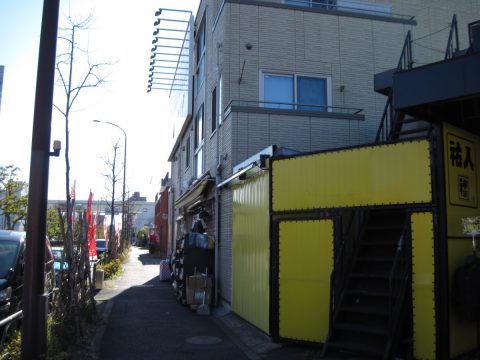 I felt that there are many stores around here that sell work clothes and work supplies. I think there are more than convenience stores. I guess that means there are a lot of work sites around here. 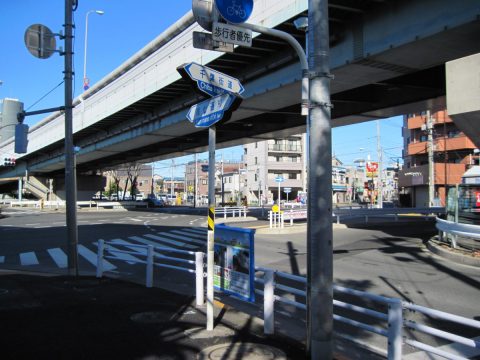 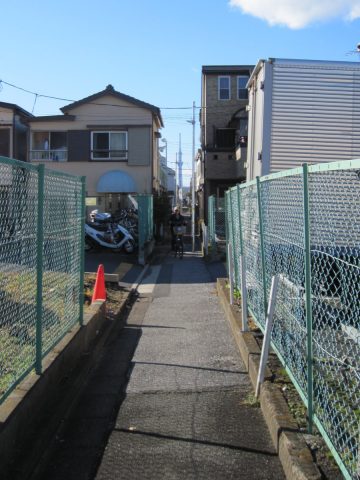 It’s probably just a coincidence, but I found a spot at the end of the road between houses where I could see the Tokyo Sky Tree!
The people who happened to be riding by on their bicycles probably couldn’t figure out why I was pointing my camera at them. They looked at me suspiciously. 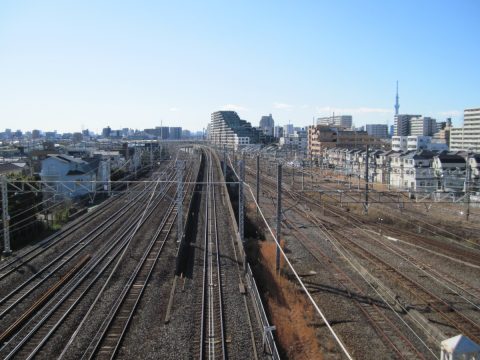 A lot of train tracks

I found a huge number of train tracks!

There are more than 10 tracks.
The four tracks on the left side are double-track Sobu Line local train and Sobu Line rapid train tracks, respectively.
The elevated track directly below is probably the Shinkin freight line. To the right of that is the Shin-Koiwa signal station, I guess?
Anyway, I was surprised at how many tracks there were. 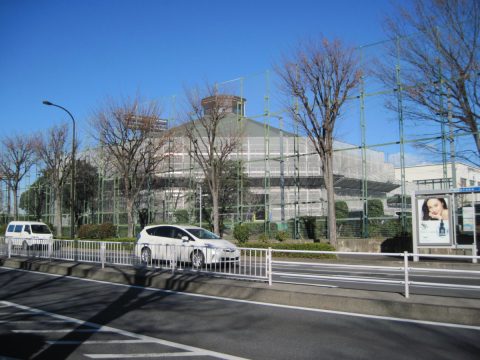 I spotted the Katsushika City Sports Center on my right!

It’s a huge complex that seems to have an athletic field, gymnasium, and heated swimming pool.
There are some restrictions, but it seems that people from outside Katsushika-ku can register to use the facility as long as they are at least high school age. 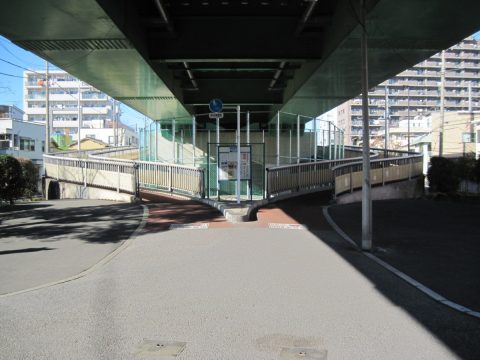 Branch of the Aoto Bridge sidewalk 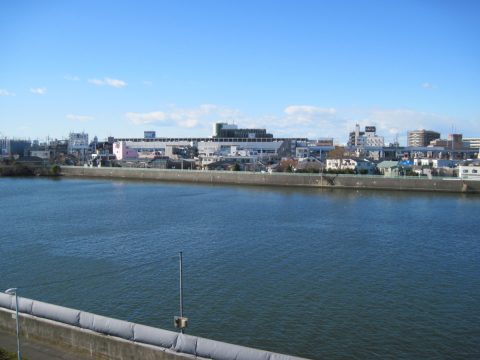 Aoto station can be seen across the Nakagawa. It’s a huge station that looks like it costs a lot of money.
It was a clear day today, and with the Nakagawa in the foreground, the view was quite nice.

The Nakagawa River twists and turns as it is called the “Seven Bends,” but this photo doesn’t do it justice. I tried to take pictures from other angles, but they were backlit and the river was wider than I expected, so I couldn’t take any pictures. 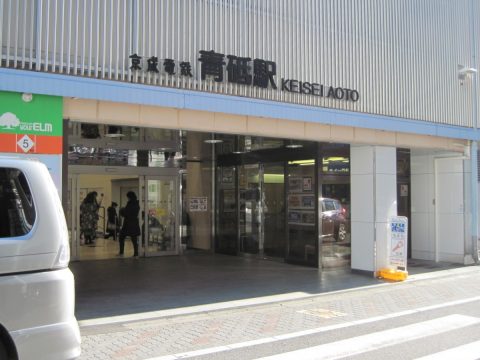 This is Aoto station. It was quite a complicated station, with platforms on top of platforms, and I got a little lost.

Today, I will walk in the southern direction from the intersection in front of Shinanomachi Station. Until now, w...
Walk along the Narita Line (Abiko Branch Line) | Discovering the Lake-Inba Swamp in the distance! | Narita - Ajiki
Found the five-ring Olympic emblem for Odaiba! I also walked to the third Daiba.
ホーム
Tokyo