I took a lap around the outside of the new national stadium, which was completed yesterday, and also visited the Olympic Museum.

Around the new national stadium 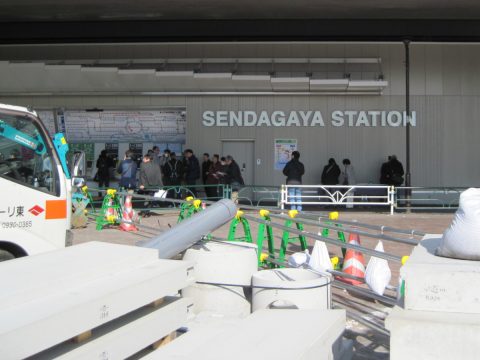 Yesterday (November 30), the new national stadium, which I have often seen on my walks, was finally completed. I decided to go and see the freshly completed stadium, so I got off at Sendagaya Station first.

JR station names are usually written in Chinese characters, with a quarter-sized Roman alphabet below it. However, the name of the Sendagaya station, which is expected to receive a large number of international passengers for the Olympics, was written in Roman letters in large capital letters.
Even though the stadium was completed, the construction of the station seemed to be still going on, and there were a lot of materials piled up. 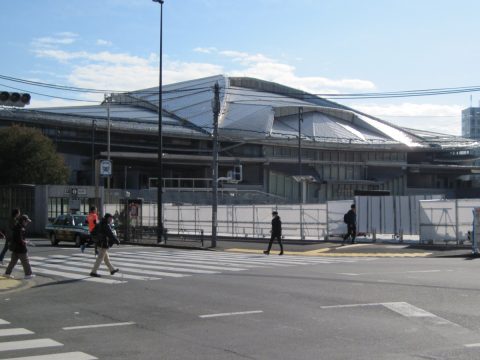 The Tokyo Metropolitan Gymnasium looks like it could be a small spaceship when the roof opens. Renovations here are ongoing, scheduled to start in July 2018 and end on January 31, 2020. 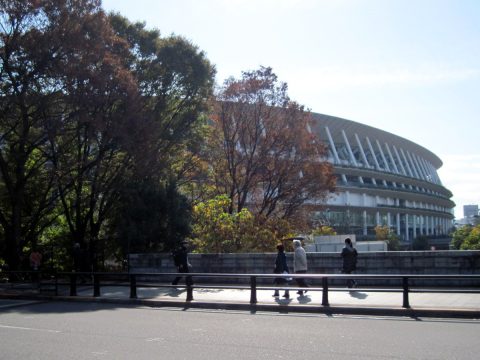 When you get to the Gaien Bridge, the National Stadium looks too big to fit in the angle of view of the photo.

The marathon was supposed to pass under this Gaien Bridge, but now it has become a phantom course. 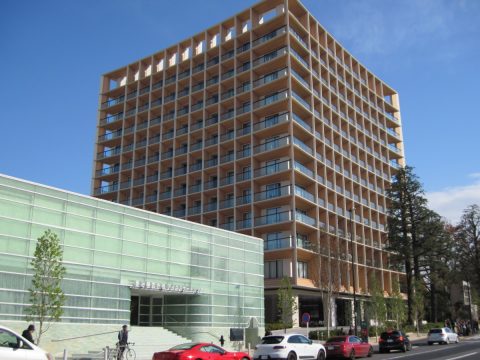 The building in the foreground is the Meiji Jingu Gaien ice skating rink. It seems that famous skaters often practice there. I don’t want to pretend to know the names of the actual skaters, because I’ll get ripped off.

The building in the back is the Mitsui Garden Hotel Jingugaien Tokyo Premier, which started operating about a week ago, on November 22.
It’s not surprising that it’s hard to get a reservation during the Olympics, but the exterior makes me want to stay there at any other time. I like the fact that it’s a little curved, don’t you? 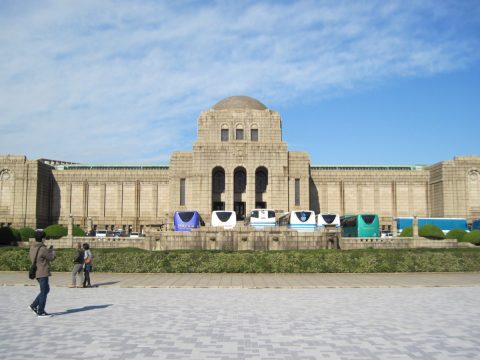 I took a short walk to the Meiji Memorial Picture Gallery.

The building was originally designed by Masatsugu Kobayashi, and completed in 1926.

I entered the Picture Gallery about 15 years ago. There were many large paintings on display.
Some time later, when I was watching the movie “Gege,” starring Yuriko Ishida, I suddenly remembered that the museum was used as a location for the movie, and I was deeply moved. 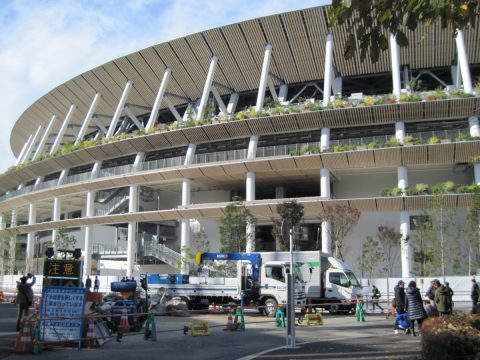 The new national stadium, completed yesterday, seen from the southeast.

After going halfway clockwise around the perimeter of the new national stadium, I was finally getting close to good light.

As you go up to the upper floors of the stadium, the number of ornamental plants increases. The colors of the plants are speckled. Come to think of it, the chairs in the stadium are also lined up in different colors, aren’t they? I was told that the speckled color of the chairs makes empty seats less noticeable, but is it because the speckled color of the plants also makes any dead spots less noticeable? 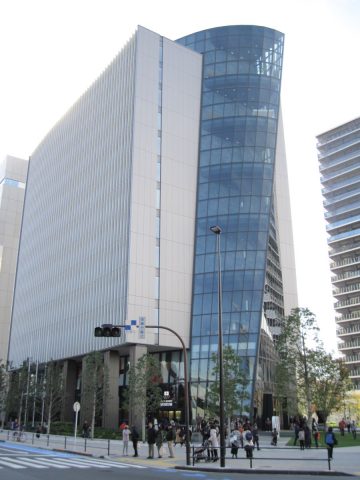 It’s finally here. The Japan Olympic Museum.
It has an appearance reminiscent of the torch of the Olympic torch relay. 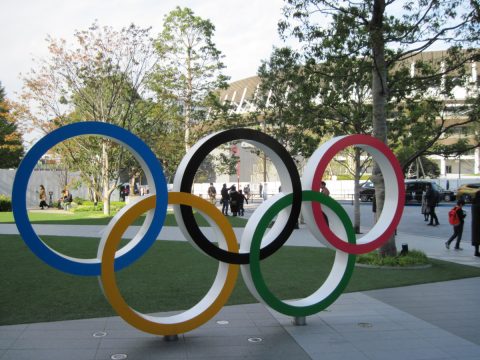 Objects of the Olympic Games

This was the first time I properly recognized the colors and order of the rings. It’s blue, yellow, black, green, and red.
I heard that if you add white to these colors, you can draw almost all the flags. But the order doesn’t seem to have any particular meaning, as I read in one of the explanatory notes I saw in the museum. 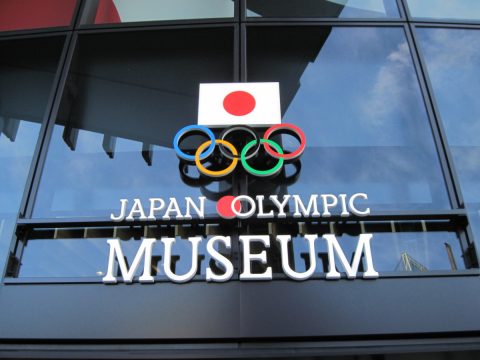 Above the entrance to the Japan Olympic Museum

The entrance to the museum.

The museum just opened on September 14, so everything is shiny and new.

The first floor has free exhibits, and the second floor has paid exhibits.
The admission fee is 500 yen, but I think it is more than worth it, as there are valuable actual exhibits and various hands-on facilities. 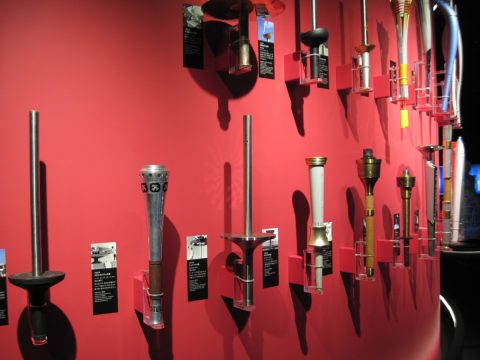 Torches of the torch relay

The torch of the torch relay caught my attention.

In the past, many of them were designed with a disc in the shape of a brim. I wonder if this is a remnant of candleholders.

The torch for the Nagano Olympics is excellent. The top part of the torch is cut off in the photo, but it is the one with the tassel on the upper right. In addition to the traditional Japanese torch shape, a traditional cord-making technique was used to create the grip, and the tassel was added as an accent.
I’m sure the designers of the next host country would have been tempted to run away if they were shown such a design. 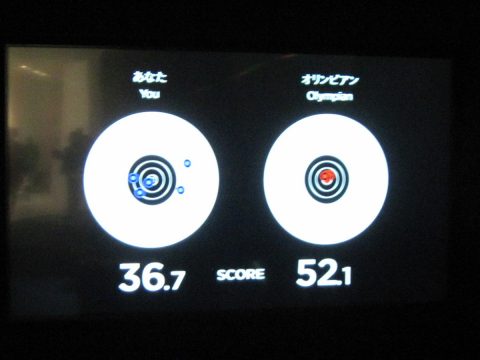 In the Olympic Games area, I tried my hand at shooting.

It wasn’t very heavy when I held it up, but with one hand, my aim was a bit wobbly.
When I fired the first shot, it was hidden by my aim and I couldn’t see where I hit.
There are five shots in 30 seconds, so you get six seconds per shot, but if you’re not used to it, you don’t know what time it is, so you get impatient.
When I fired the second shot, I saw that it missed at 4 o’clock. At this time, I saw that the first shot had missed at 2 o’clock.
When I changed my aim slightly to the left, I hit the 10 o’clock position. It was very subtle.
When I changed my aim slightly to the right, it went to the lower 8 o’clock.
Finally, on a whim, I hit it almost in the middle.
It was fun. 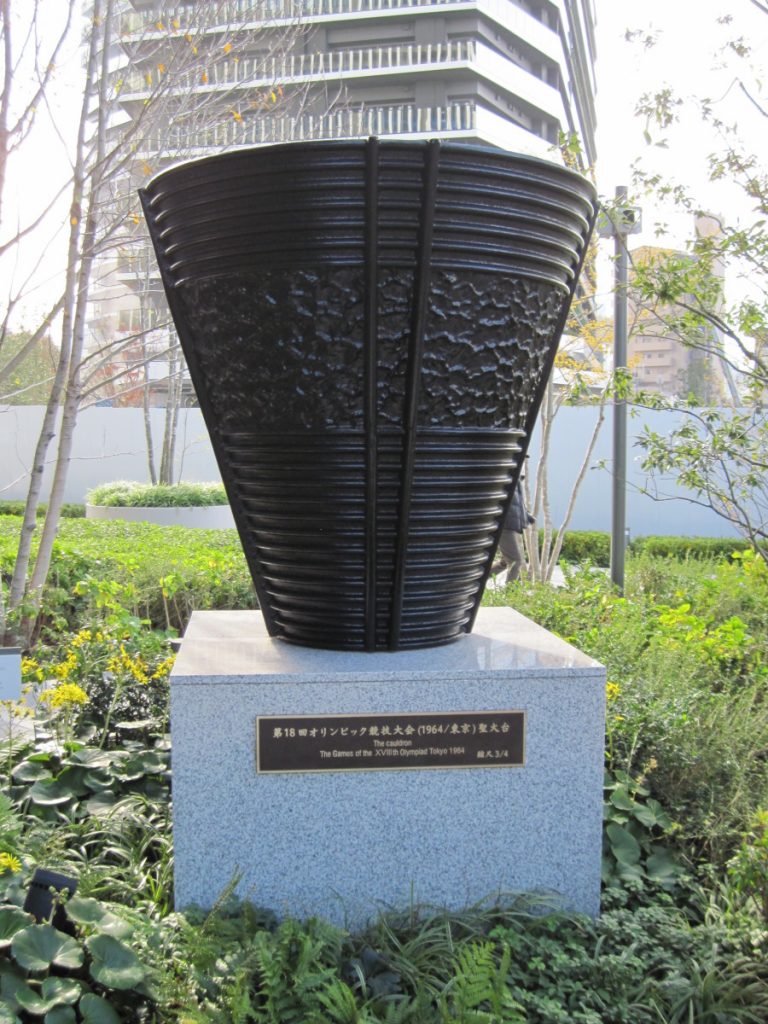 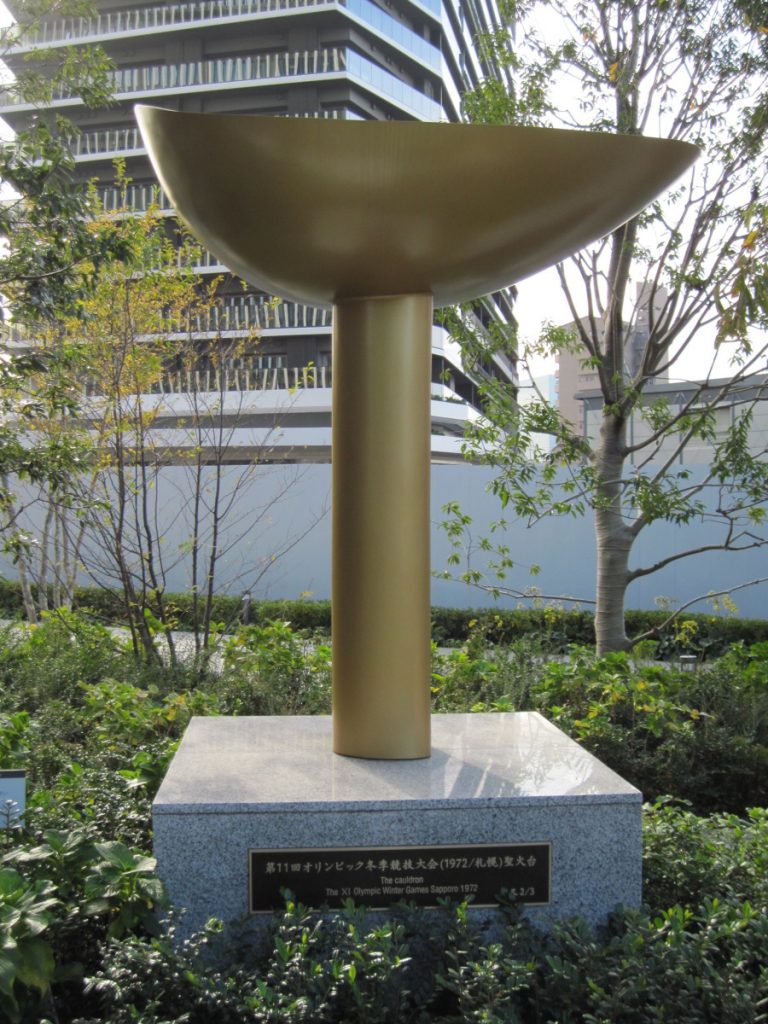 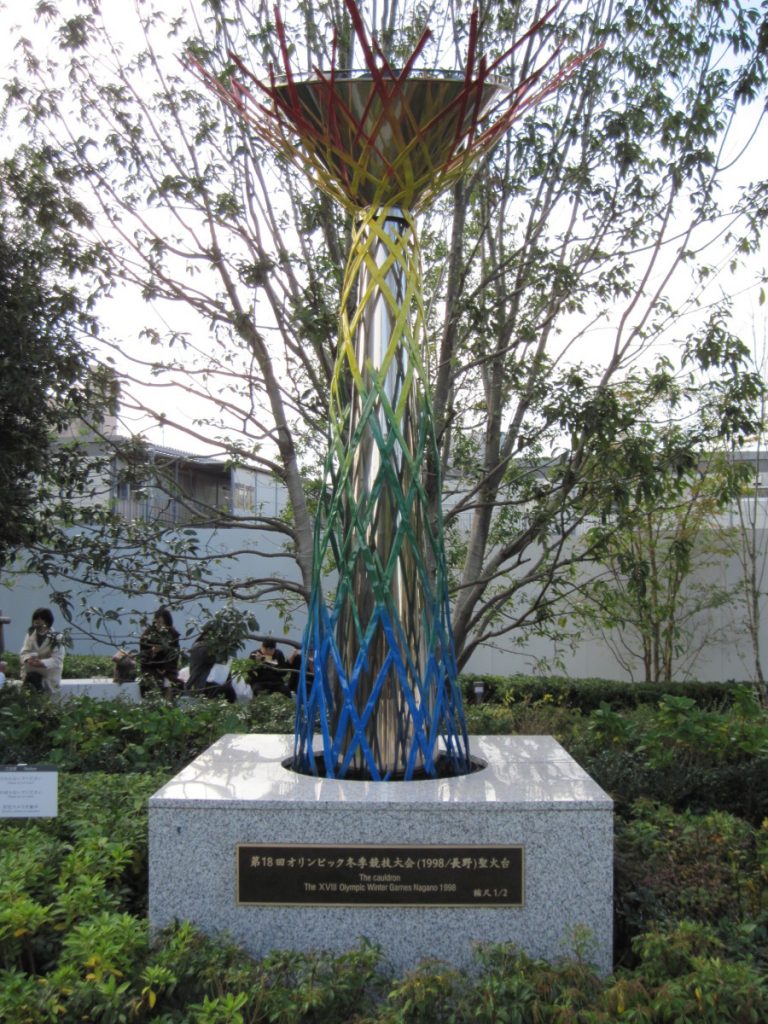 As I walked outside, I noticed the torchbearers from the Tokyo Olympics (1964), Sapporo Olympics (1972), and Nagano Olympics (1998) lined up.
I thought they looked pretty clean and unspoiled, but they were replicas. There was a scale written on the display. 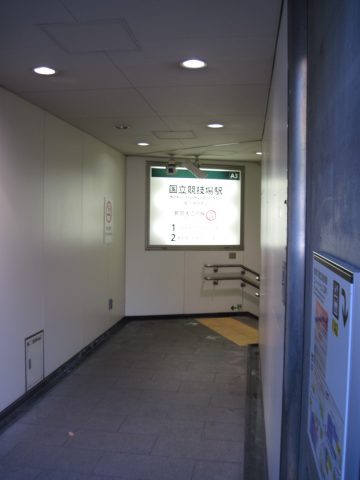 The main markings at the National Stadium station were in Chinese characters. Since it is the closest station to the stadium, wouldn’t it be better to use Roman characters?

Found the five-ring Olympic emblem for Odaiba! We also walked to the third Daiba.

I heard that the Olympic symbol had been installed in Odaiba, so I took a look. Museum of Maritime Science I got o...

For the New National Stadium, it will be the first sporting event to be held externally I watched the "Final" of the Em...

I visited the Takanawa Gateway Station on its second day of operation. I also walked along the Takanawa Bridge underpass...
I’ve been visiting the Daijokyu Palace, feeling the tradition, the history!
Walking along Loop Route 6 – Discover the Japan Map Center! | Yoyogi Hachiman – Nakameguro
ホーム
Tokyo