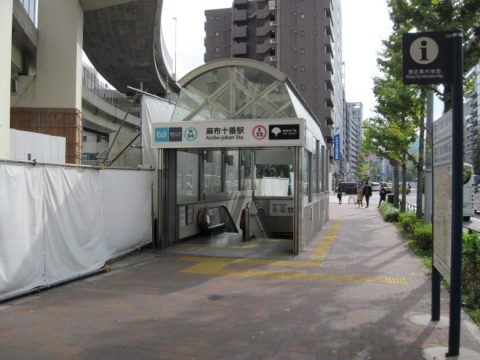 From Azabu-juban Station, head east through the Shin-Ichinohashi intersection. 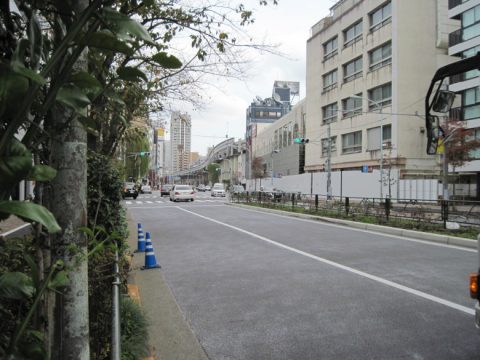 Metropolitan Route 319 in this area is also the route I used to take when I walked along the Furukawa (Shibuya) River. At that time, I had no idea that this road was the third ring road.
It is two lanes on each side, but there is not much traffic. 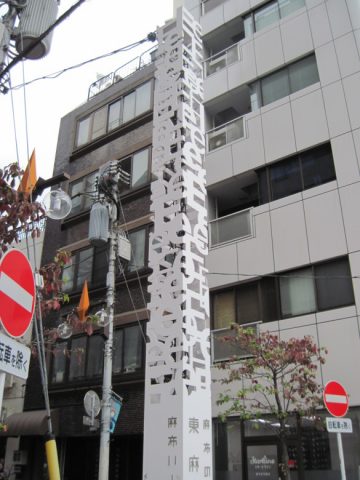 Mysterious pillar at the entrance of Higashi Azabu shopping street

At the entrance to the Higashi Azabu shopping district, I found a strange pillar.
Something is written in English, but upon closer inspection, it is filled with uppercase and lowercase E’s. It looks like an “E” meaning “EAST” in Higashi Azabu or “E-gai” (good town) in Azabu. At the top, there is an electric wire, so it seems to be a shiny object. 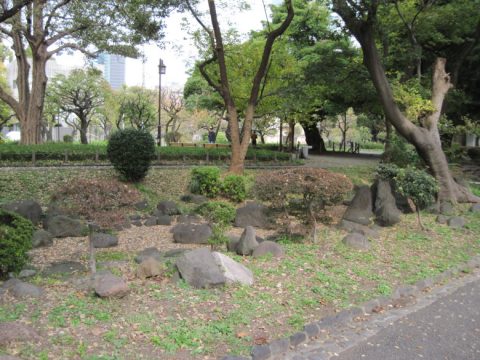 There are many fallen leaves in Shiba Park. It is late autumn. The calm landscape is soothing. 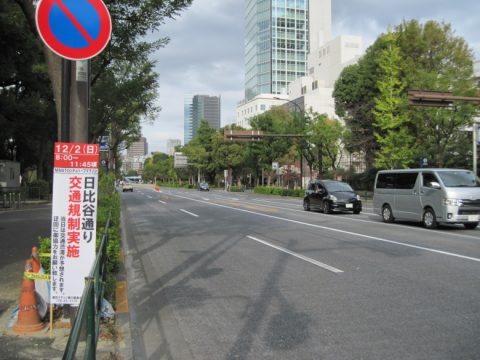 It intersects with Hibiya-dori Avenue.
I walked along Hibiya Dori when I previewed the Olympic marathon course.
The MINATO City Marathon will be held here on December 2. In Tokyo, where there are many hills, there are only a limited number of paths that are easy to run as a marathon, and I wonder if this is a standard course. 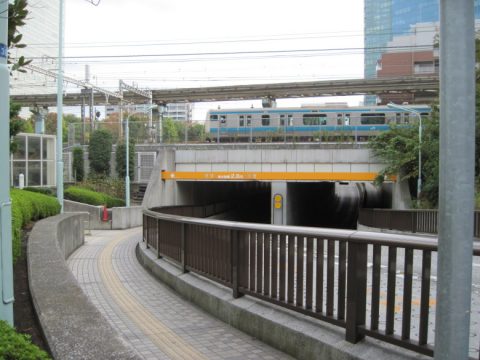 Underpass that goes under the JR line

An underpass passes under the JR line.
The underpass on the north side of Furukawa was a retro underpass with only a sidewalk illuminated by sodium lamps, but this one is quite stylish and contrasts well with the Keihin Tohoku Line. 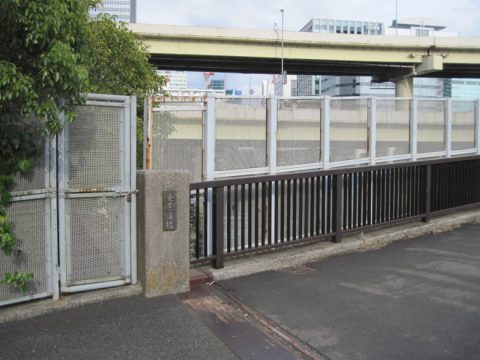 The Shibaura Canal is crossed by the Toshiba Ura Bridge. The name sounds like a Toshiba bridge. That’s natural, since this area is supposed to be the place where Toshiba was founded. There should be a stone monument, but I cannot find it. I wonder where Tanaka Hisashige, the founder of the company, was working on making karakuri dolls such as the Yumihiki-doji. 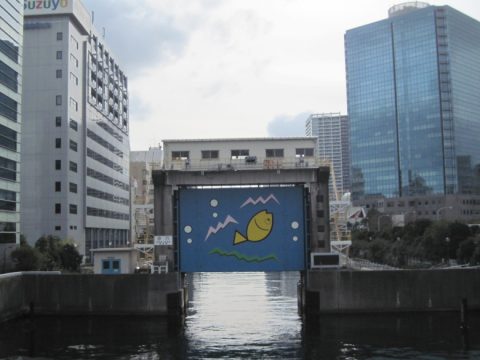 The Furukawa sluice gate can be seen from the Toshiba Ura Bridge. I wanted to see for myself the picture of this surprised and troubled looking fish. Thrilled! 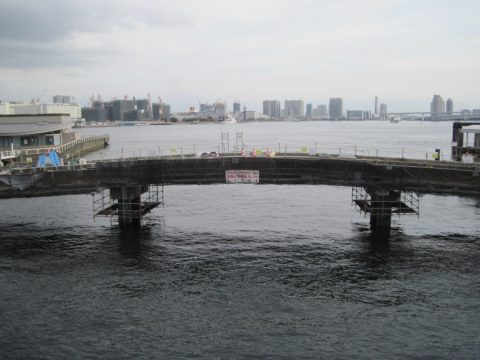 The first bridge on the Furukawa River

This is the mouth of the Furukawa River. The first bridge was under construction.
When I came here almost a year ago, there was no sign of human traffic and the bridge was covered with grass. I wonder if I will be able to cross the bridge next time I come back.

Loop Route 3 is planned to pass slightly to the left of this bridge and continue toward Kachidoki. 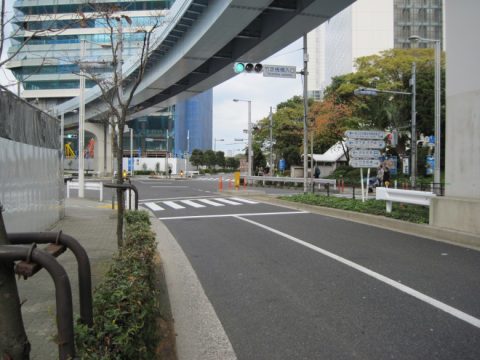 I can’t walk on the ocean, so I’m leaving today. Continue along the Yurikamome for a while.
At the entrance of Takeshiba Pier, turn at a right angle and part ways with the Yurikamome. 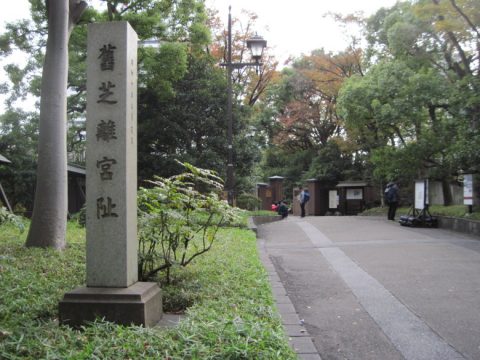 As I approached Hamamatsucho, I saw a stone pillar of the former Shibarikyu-tei.
When I came here, I noticed it for the first time. The former Shibarikyu Gardens and the Hamarikyu Gardens were two different things. I had thought they were the same garden, since they are located near each other and both are Imperial Gardens. I am ashamed of myself.
By the way, why is “former” sometimes added and sometimes not?