I found the remains of the main camp of the Tokaido Highway at Shinagawa-juku.
It is not along the old Tokaido highway, so I could not find it when I walked along the highway normally in the past. 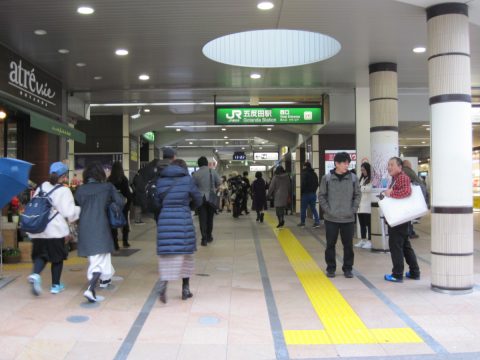 Gokotenda Station is a structural station with the entrance and exit of the ground floor.
There is no such thing as a mystery. 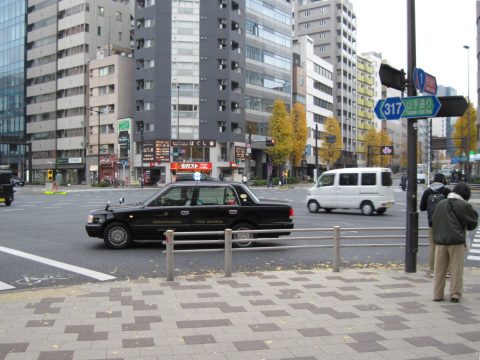 Walk along Route 1 and enter Loop Route 6 ( Yamanote Dori ) at the intersection of Gotanda 1-chome.
Ginkgo trees are still yellowing. You can enjoy the yellow leaves of ginkgo for more than a month. 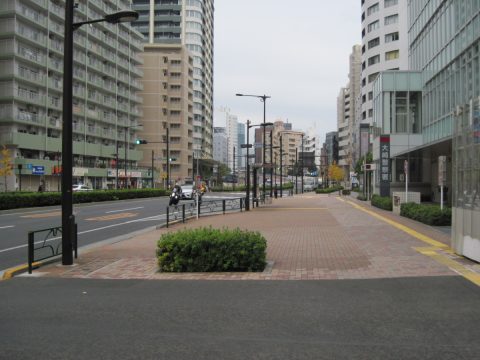 The sidewalk is wide. There may be plans to widen the roadway in the future.

The Osaki overpass crosses the Yamanote Line. Below is Osaki Station. 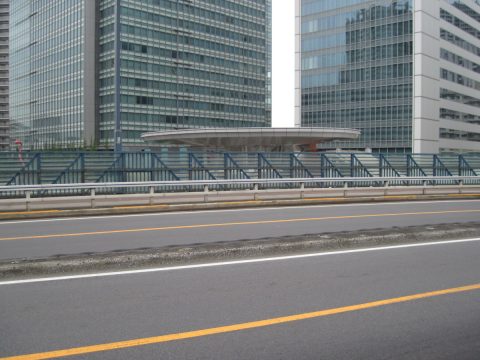 Looking at the other side of the road, I found a disc-shaped structure that looked like an aviation antenna!

But in reality, it looked like a walkway. Are there solar cells on the ceiling?

It seems that there are only aviation antennas (VOR/DME) shaped like this at Narita, Haneda, Sekijuku, and Moriya. All of them seem to be difficult to access on foot. I guess Haneda is the one with the best chance to go see it. 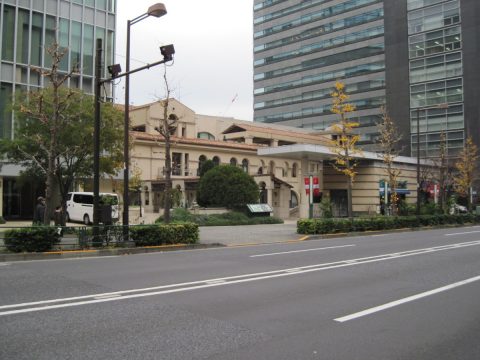 There is a stylish exotic building next to the Japan Certified Public Tax Accountants’ Association. Is it an Indian restaurant? I couldn’t find out more about it because it was on the other side of the road where crossing was prohibited. 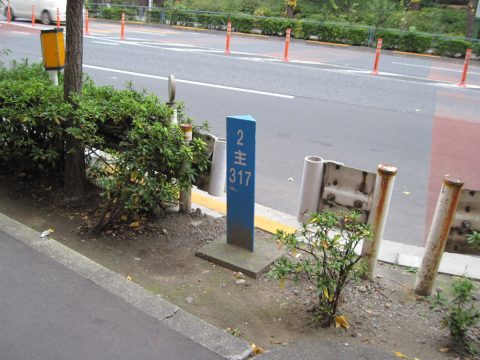 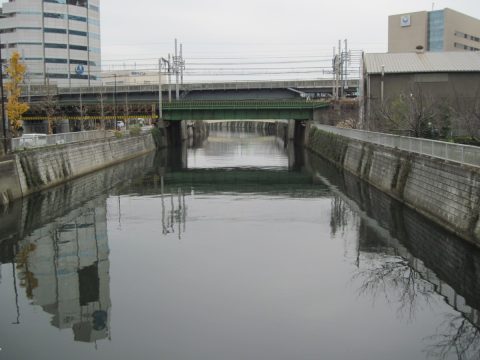 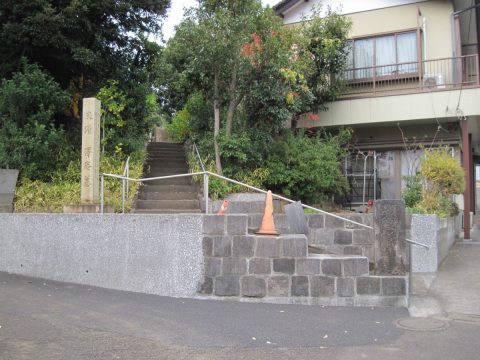 A place where many famous people are buried

After passing through the railroad line, the monk Takuan is buried on the left side of the hill.
Other people buried here include Kamo Mabuchi, a scholar of Japanese literature, Inoue Masaru, the father of the railroad, Shibukawa Harumi, an astronomer of the Edo period, Nishimura Shozo, the founder of Regal, and Shimakura Chiyoko, a singer. 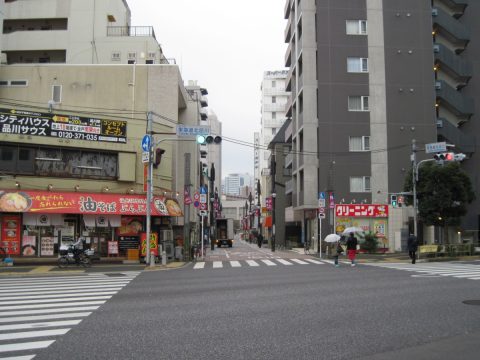 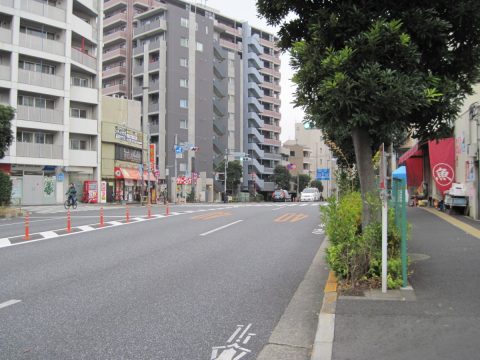 The old Tokaido highway through the ridge 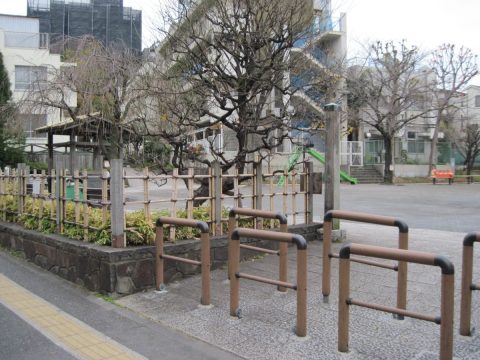 Ruins of the main camp at Shinagawa-juku, Tokaido

I found the remains of the main camp at Shinagawa-juku on the Tokaido Highway!

The inn is not necessarily along the highway, is it?
On the roof, there is a buried well. There was a pulley, but no tub.
There were also lanterns, but I couldn’t take good pictures because the site was too big.

The park is now called Seiseki Park, named after the place where the Emperor Meiji was staying in the first year of the Meiji Era (1868-1912). 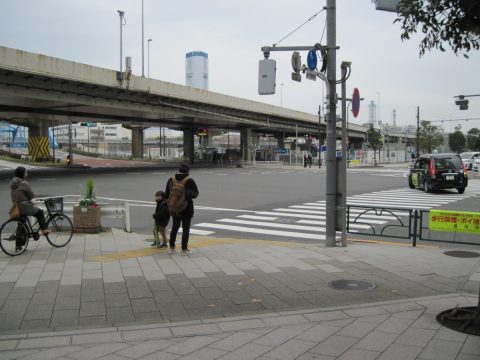 The Loop Route 6 starts and ends at the Tennozu Isle intersection.
I could have gone straight home from Tennozu Isle Station, but I decided to walk to Shinagawa Station. 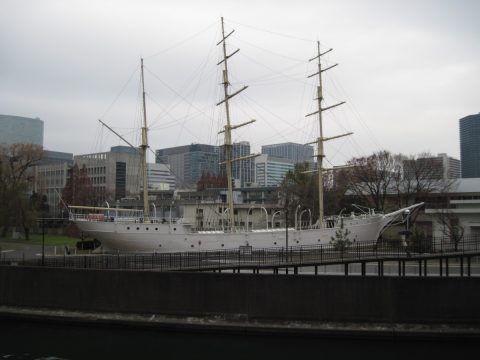 Across the Tennozu Canal is the Shinagawa campus of the Tokyo University of Marine Science and Technology, where I found the Un’yo Maru, a registered tangible cultural property.
It was the second training ship of the Fisheries Training Institute of the Ministry of Agriculture and Commerce, the predecessor of the Tokyo University of Fisheries, and was in service until August 1929.
I don’t want to go on it because I might get seasick, but I would like to see it with its sails spread. 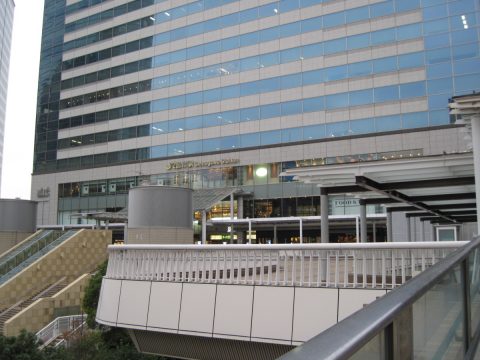 I found the Takanawa Gateway Station under construction. It is going to be a bigger station than I expected Visit Izumo...

I decided to gradually resume my walks, which I had refrained from due to the Corona disaster. The last time I walked a...
Walking on Loop Route 6 - Discover Kirishitan Lanterns and Kaguraden at Otori Shrine! | Nakameguro - Nishi-Gotanda 1-chome
I went to the Emperor's Cup JFA 99th National Soccer Championship Tournament 《Final》!
ホーム
Tokyo