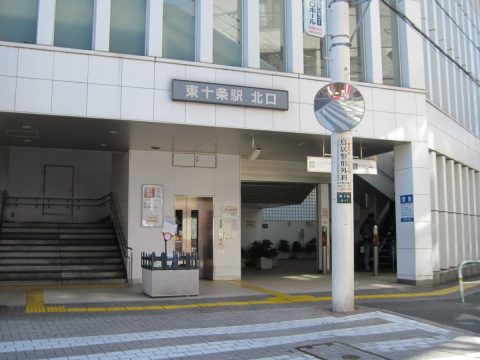 I went out to the north exit of Higashi Jujo Station.

Huh? It was also the north exit when I arrived from the west the other day. 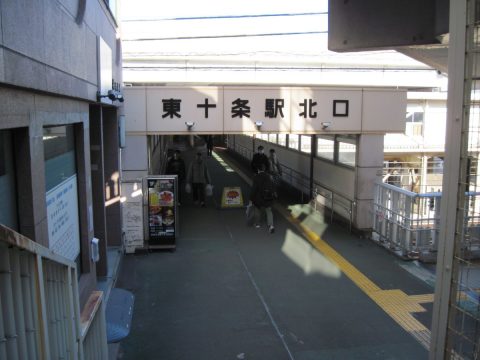 See? Is this kind of naming normal?
Wouldn’t it be a case of not being able to see each other when you meet up?
Is it not possible to name the northeast and northwest entrances? 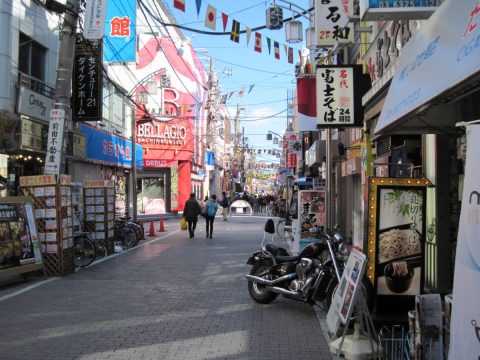 The Higashi Jujo shopping street is just outside the station.
There are flags of all nations hanging, is there a festival going on? 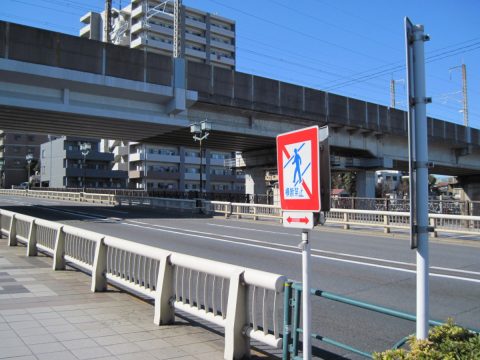 I turned left on the shopping street and came to Kannana-Dori Ave.
From here, I headed north.
Just past the railroad tracks is the Nakajujo 3-chome intersection in Kita-ku, the end point of my recent walk. 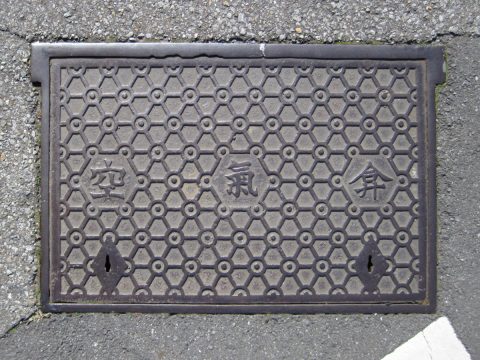 On the street, I found an old lid! It’s a good thing that the Ki in 空氣 is the old form of 気, but what does the third character read? Can you read it?

I looked it up in a Chinese dictionary, and it is “en” in phonetic reading. It means “cover” or “lid.
Does it mean a lid for the air? I’m not sure what it means.

Actually, it seems to be a character that is often seen among manhole enthusiasts, and is used as a “valve. If so, the meaning makes sense. However, it is a usage that is not listed in the Chinese/Japanese dictionary. 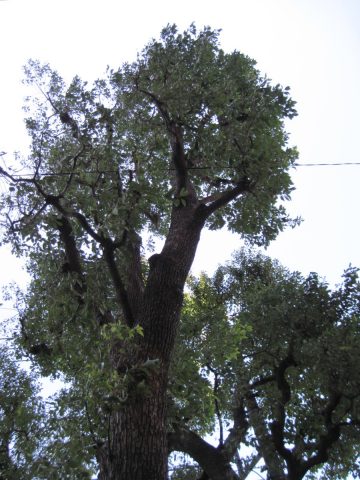 Can you guess what kind of tree this is?

It seems to be a camphor tree. That’s what it said on the sign. But the tree was too tall for me to see the shape of the leaves.

Camphor can be extracted from the leaves of the camphor tree. I like the elegant scent of camphor.

But why is the word “brain” written in Japanese?

But why is it written “brain”?

I looked it up again in the Chinese dictionary I used earlier, and found that it means “the brain of plants and trees. Shin.” This seems to be the meaning. In terms of meaning, this seems to fit, but the explanation in today’s Chinese dictionary doesn’t quite fit. I wish it had said something like “crystal” or “essence.”

Incidentally, purified camphor is used as “camphor,” a cardiotonic agent.

There are two ways to write “camphor” in Chinese characters, but they both seem to refer to the same camphor tree. 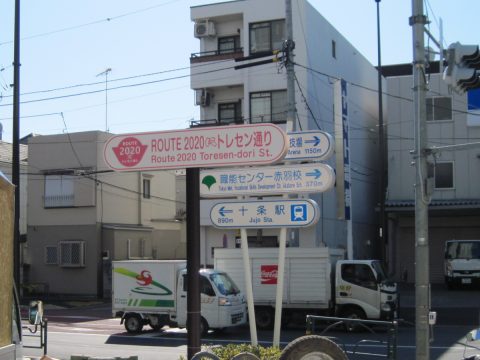 It says ROUTE 2020 TRESCENT STREET. I heard that the National Training Center and the National Sports Science Center are located along this street. I was told that there are only ten of these nickname signs, so they are valuable! It’s precious! 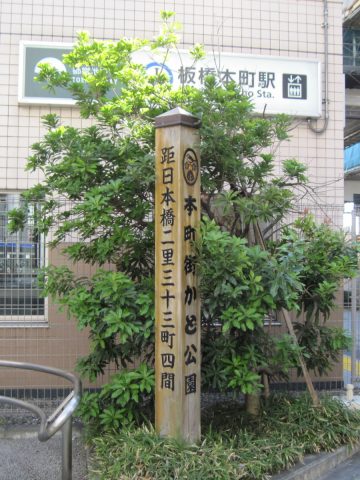 At Honmachi Street Park, located at the intersection with Route 17, there was a period distance marker due to the proximity of the old Nakasendo. It seemed to take a little over two hours to walk from here to Nihonbashi. It seemed closer than I had imagined. 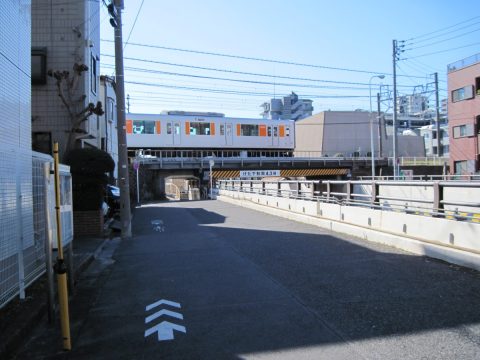 The Tobu Tojo Line was slightly raised off the ground.
There is the Shakujii River to the left of the line, and it seemed to me that they were trying to kill two birds with one stone: to keep the levee from being lowered, and to increase the height of Kannana-Dori Ave. 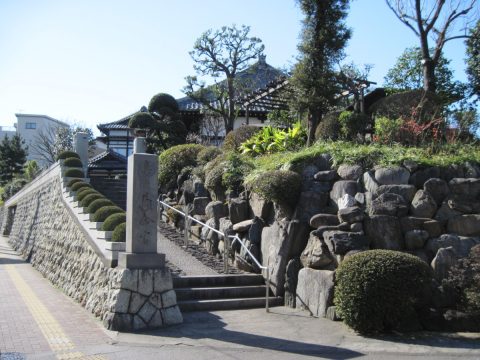 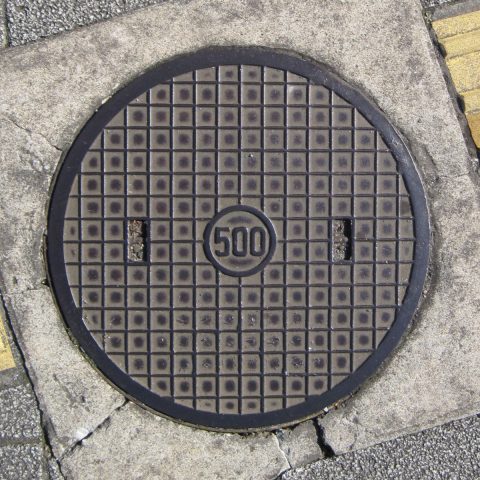 Beside the Chomei-ji Temple, I found a manhole cover with the number 500 on it!
I’ve never seen it before.
Does it mean that the diameter is 500mm? 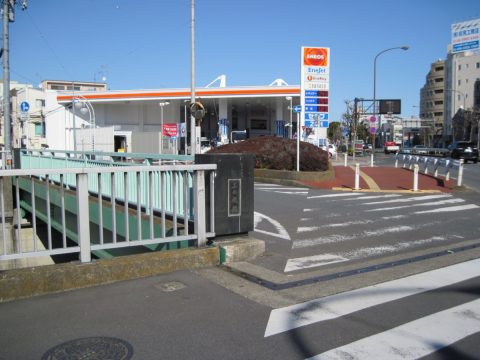 This is the Kaminone Bridge over the Shakujii River.
I vaguely remember this bridge because I used to walk along the Shakujii River.
About a kilometer upstream on the left side of the river in this photo is the Johoku Kita Central Park, where the nirinso, the flower of Itabashi Ward, will be in bloom in another month.

The sidewalks of Kaname-cho-dori Avenue are suitable for strolling 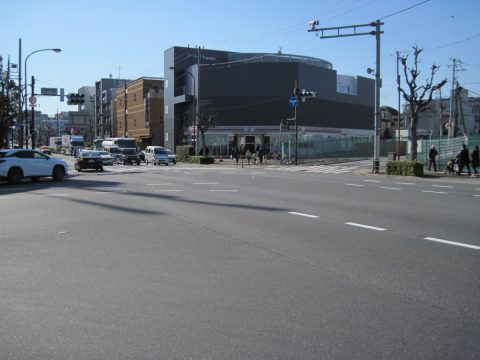 Intersection in front of Musashino Hospital

Today’s walk along the seventh ring road took me to this intersection in front of Musashino Hospital. 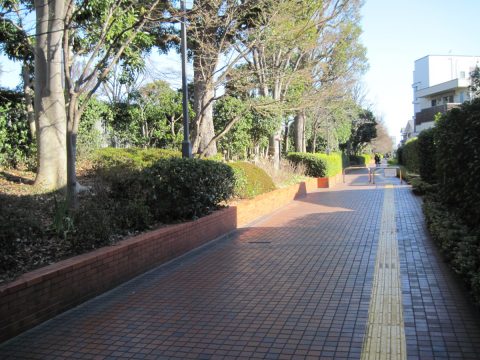 As soon as I turned left to head for Kotake Mukaihara Station, I discovered that Kanamecho-dori is a nice walking street!
There were hardly any bicycles on the street, let alone cars, and the trees lined the street were beautiful, making it a really pleasant walk. 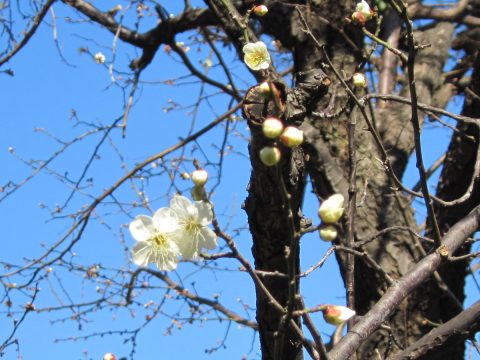 The plum blossoms had started to bloom. It’s already spring. 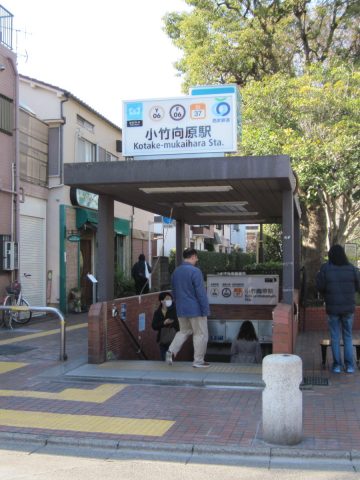 There were so many people using Kotake Mukohara station that I couldn’t take a picture without people in it.

The history of Otori Shrine was interesting. There were also kirishitan lanterns and a kagura hall. The transpante brea...

I first found the truck scale place, which I had heard about. Senzoku Today I will get off at Senzoku station and ...

The Oji Branch Water, which was split off from the Senkawa Josui Water, was used as industrial water for the Kashima Spi...

Today is the day of the Enthronement Parade. Since I might be there, I decided to stay on the east side of Tokyo as muc...
Found the Satoshi Omura Memorial Science Museum! On the way from Takeda Shrine to Kofu Station
Walk along Kannana-Dori Ave | Discover the Koenji Water Tank! | Musashino Hospital - Koenji Station Entrance
ホーム
Tokyo