I found the Takanawa Gateway Station under construction. It is going to be a bigger station than I expected

Today, I will walk along Loop Route 4 (Gaien Nishi Dori) from the Nishi-Azabu intersection. 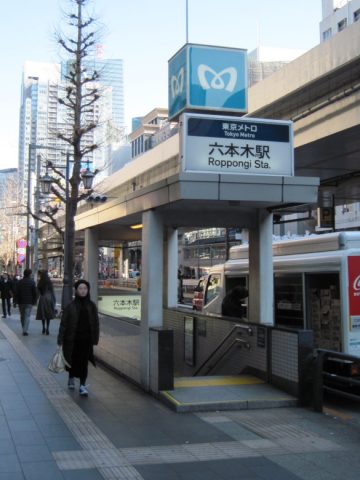 The nearest station options are Nogizaka, Roppongi, and Hiroo.
Of these, Hiroo is on my walking route, so I left it out, and chose Roppongi of the remaining two stations. 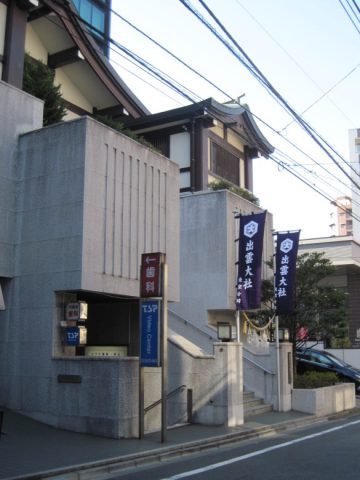 I chose Roppongi because I wanted to pay my respects here. Izumo Taisha Tokyo Branch Shrine.
If you look at it on Google Maps, it is a long and narrow building. When I walked along Loop Route 3 (Metropolitan Route 319), I expected to see some kind of sign on the southwest side facing the road, but I ended up passing by it without noticing.

This time, however, I was able to come without getting lost thanks to a word-of-mouth recommendation by TSK KK, who told me to go down Roppongi Dori toward Shibuya and turn right immediately after passing Family Mart. 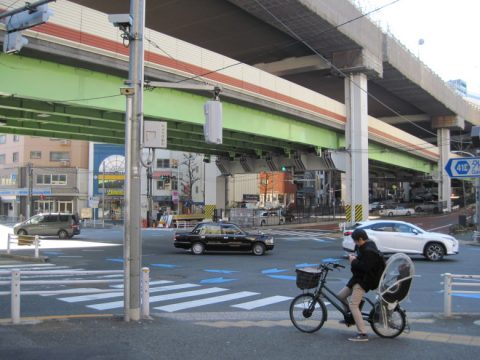 This is the intersection of Nishiazabu, the previous destination. 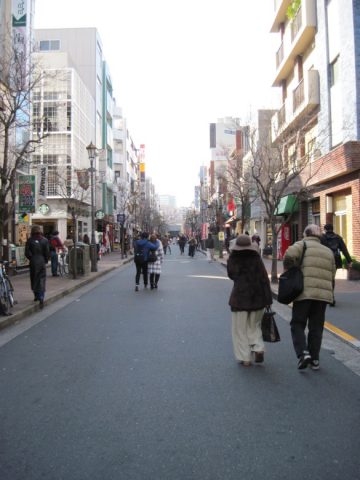 Perhaps because it was Sunday, there were not many people on the street, but the Hiroo Sanpo Dori, extending west from the Hiroo Bridge intersection, was lively. I walked to the gate of Shounji Temple and back, and found it to be an attractive shopping street with a wide variety of stores, and thought I would like to come back next time to have dinner with someone. 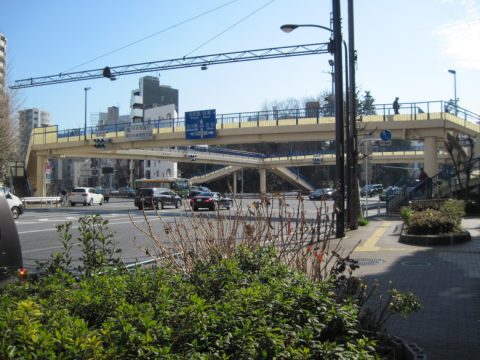 This intersection is also the starting and ending point of Loop Route 5, and Meiji-dori Street, which extends to the right, is Loop Route 5. I intend to walk along Loop Route 5 as well, so I will be back here again in the near future. 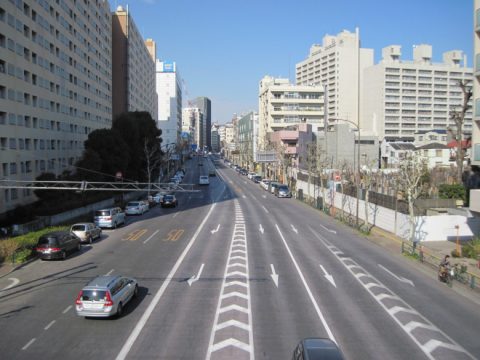 Looking north from the pedestrian bridge at Tengenji Bridge. Many cars are parked in the time-limited parking zone. Are they shopping on the Hiroo Sanpo Dori? 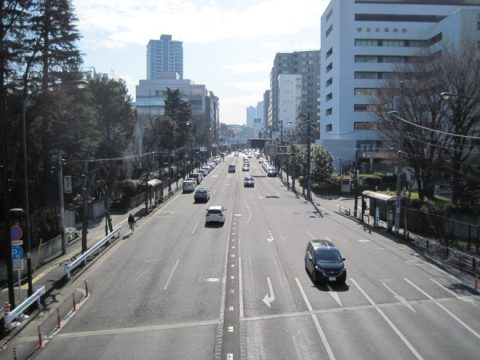 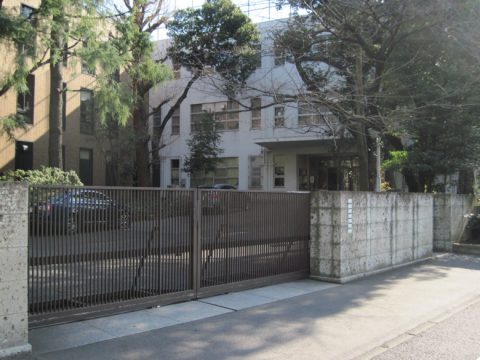 Southeast of Tengenji Bridge, I found the Keio Kindergarten! So it was here. 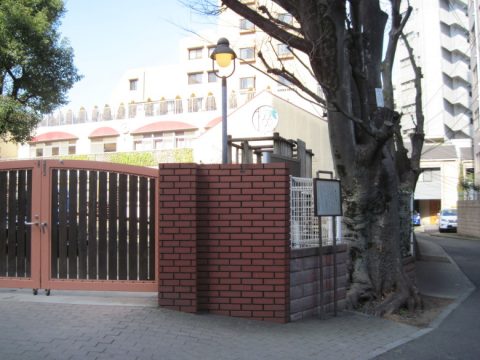 Next, here is another kindergarten. This is Shibuya Doho Kindergarten. There is a standing sign on the right side of the gate, indicating the presence of the Toyosawa Shell Mound, a site from the late Jomon period. The location is on a small hill about 100 meters northwest of the Ebisu 3-chome intersection.

The elevation of the Ebisu 3-chome intersection is 14 meters, so the sea was there up to that height. People talk about global warming, but it must have been quite warm in the Jomon period. 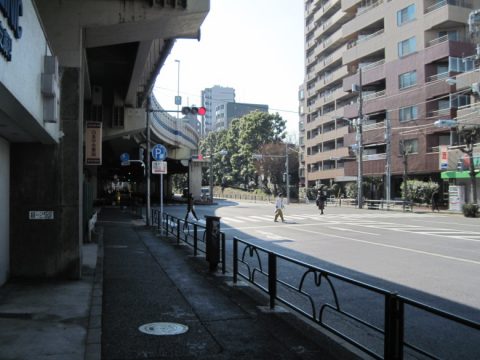 From the Ebisu 3-chome intersection, turn left at an unnamed intersection 200 meters parallel to the Metropolitan Expressway No. 2 Meguro Line. The name of the street continues to be Gaien Nishi Dori. However, it is a bit lonely for an arterial street. 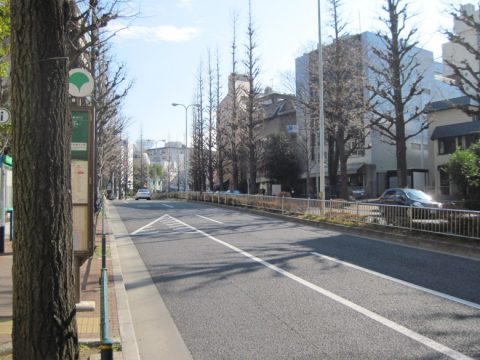 But once I turned a corner and climbed up to Shiroganedai, a fashionable space appeared. Luxury cars drove along manicured tree-lined streets, and high-end condominiums lined the streets. Many people could be seen relaxing in cafes with terrace seating. 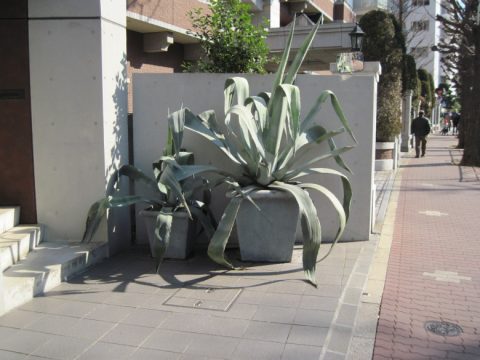 Found agave! It has been four and a half years since I saw it before in Abiko. It grows quite big even in a potted plant, doesn’t it? 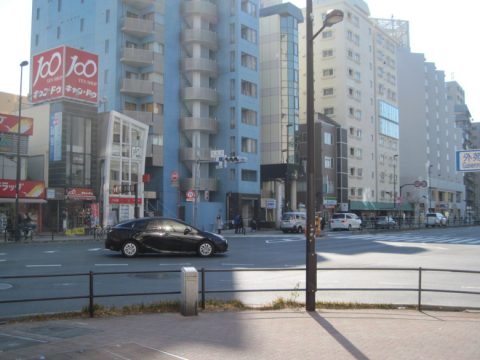 Arrive at the Shirokanedai intersection, where you will find a Can Do 100-yen store. Platinum Don Quijote was also located next to it on the left.

From here on, the road will continue through Takanawadai intersection to Takanawa 2-chome intersection, which is still under construction.

The remains of the Sanda Irrigation Canal were discovered in an uncompleted section! 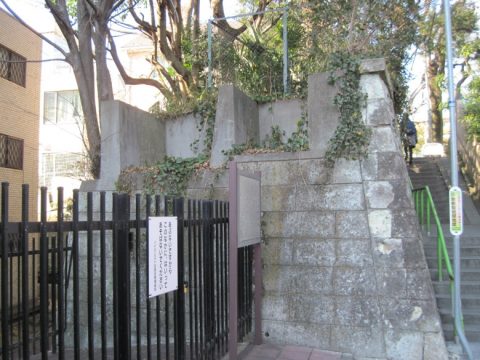 Passing by Shiroganedai Kindergarten and down the stairs, I found the remains of the Mita Irrigation Canal!
It is said to be a diversion from Tamagawa Josui in Shimokitazawa, which was opened in the Edo period (1664). Since concrete is used, it means that it was used until recently.

When the construction of the Loop Route 4 starts, there is a possibility that this Mita Irrigation Canal site will be demolished. 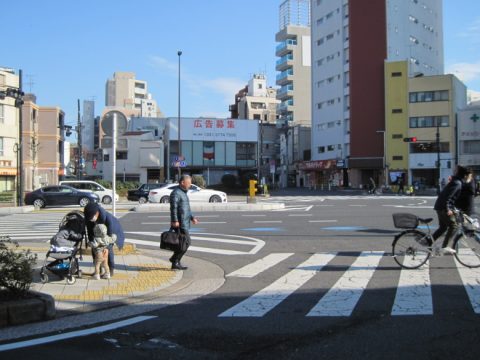 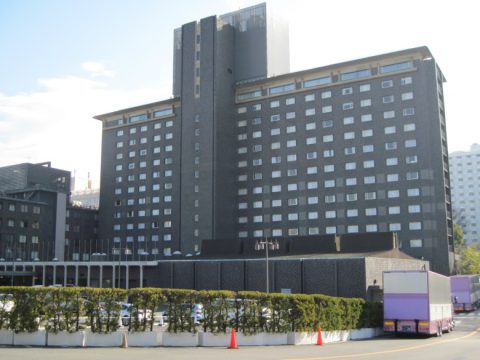 I pass by the Grand Prince Hotel Takanawa. This is a hotel I have not yet had the pleasure of visiting. 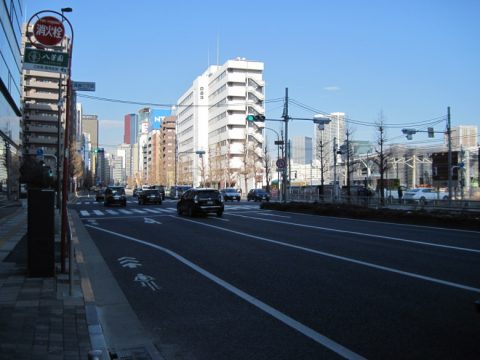 After exiting on Route 15, I walked 250 meters north and arrived at the Takanawa 2-chome intersection. This is the starting and ending point of Loop Route 4. Thinking that the case is closed, I crossed this Route 15… 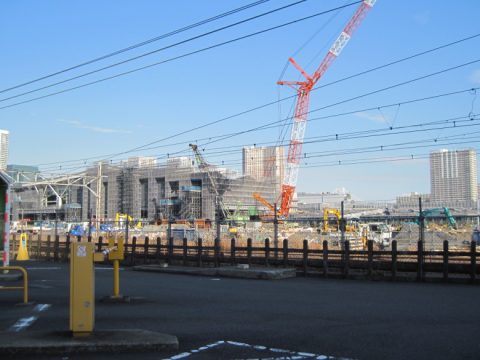 The Takanawa Gateway Station, whose naming is controversial, was under construction!
That huge building, isn’t it?

According to the building plan notice by the side, the name of the building was “Shinagawa Shin Station (tentative name). Seeing that they have put white tape on the top and have a few items to be fixed, but have not fixed the name to “Takanawa Gateway Station,” I think they have no intention of fixing it.

The scheduled start of construction was February 1, 2017, and the scheduled completion date was March 31, 2020. Almost a year has just passed since the construction, and it will be completed in a little over a year.

On the way to Tamachi Station, there is the site of Takanawa Ookido. It is possible that someone who is smitten with the Ookido ruins wanted to name the station “Gateway”. If so, it would have been better to leave the station as Takanawa-Ookido Station. 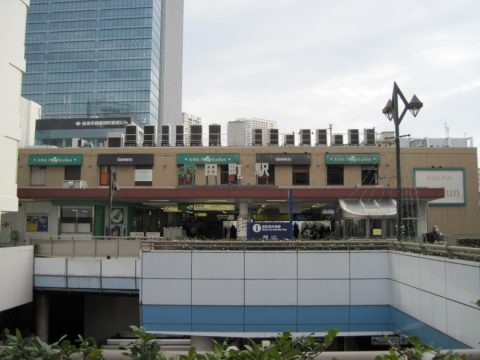 Above Tamachi Station was a forest of outdoor air conditioner units.

Today is the seventh time for me to finish my walk along Loop Route 3. After the walk, I crossed Kachidokibashi Bridge a...

Hakusan Hakusan Shrine is located near Hakusan Station. The name of the place, Hakusan, is said to derive from thi...

Walking along the Loop Route 5｜Discovering a museum of bills and stamps! | Miyachi - Mizota Bridge

I discovered a museum of bills and stamps near Oji Station, so I took a tour. 8-way intersection at Miyachi For the fi...
Walking along the Ring Road 4｜Discover the construction site of the soon-to-be-opened Ring Road 4! | Wakamatsu Kawada - Nishiazabu
Attended "Secrets of Tokyo's Topography as Seen through Uneven Maps"
ホーム
Tokyo