Today is the day of the Enthronement Parade.
Since I might be there, I decided to stay on the east side of Tokyo as much as possible, so I decided to walk today’s walk from the beginning to the end of the Kasai side of Kannana-Dori Ave. 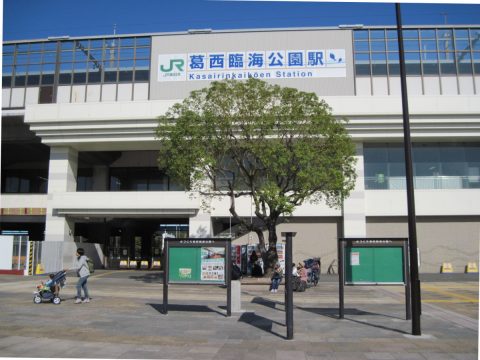 I got off at Kasai Rinkai Koen Station after a long time.

I’ve never seen the fountain in front of the station working before, but today it was.

I took this picture with the center of the Ferris wheel in the upper left third. Is it a good composition? The miniature car that someone put there gives a better flavor than the composition.

If I had chosen the right direction, I might have been able to capture a rainbow. Oh well. 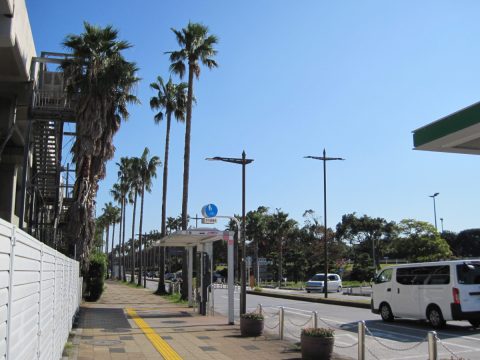 The weather was nice and there were tropical plants, so just looking at the pictures, I felt like I was in a tropical country. In reality, it is a pleasant day, neither hot nor cold. 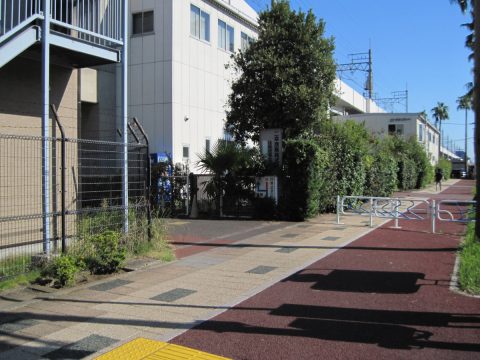 After trying to find a place to cross the Keiyo Line and having a hard time finding it, here I am forcibly taken to the north side of the tracks. 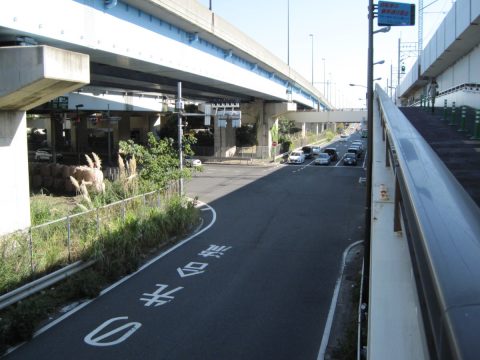 I could see the Kasai Rinkai Koen-mae intersection, the starting and ending point of Kannana-Dori Ave that I was going to walk.

From the intersection, we passed through the Wangan Road, and then took the north side of the road on our left. 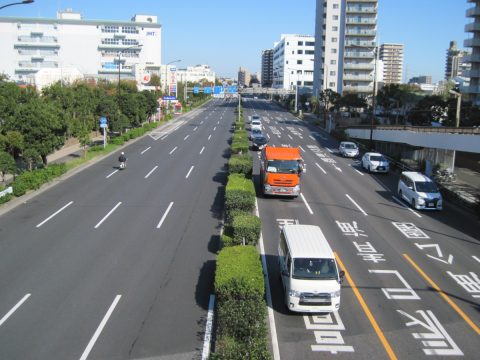 Kannana-Dori Avenue, with four lanes in each direction

There are four lanes on each side of the road, probably because it is close to the ocean and land was easy to acquire. It is wide. 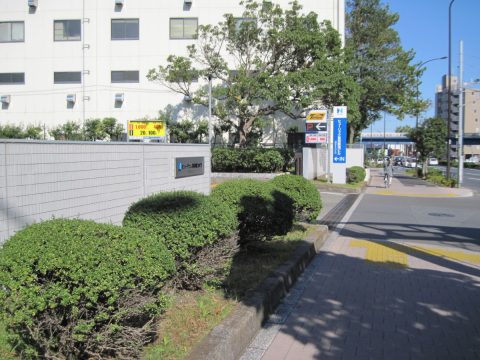 I found a couple of hourly parking lots!

Maihama Station, where Disneyland is located, is the next station to Kasai Rinkai Koen Station, so parking near here and going one station may be possible in some cases. 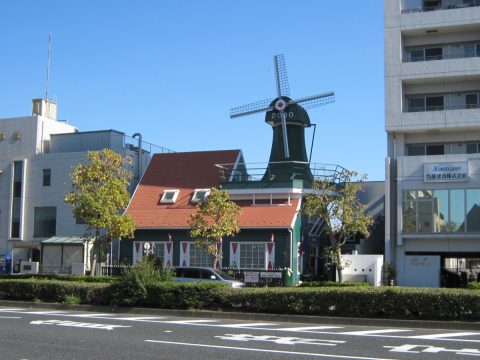 I found a Dutch-style windmill!

It looks like a flower shop called Tokyo Flower Market.
The windmill wasn’t spinning, but I wonder if it ever turns. 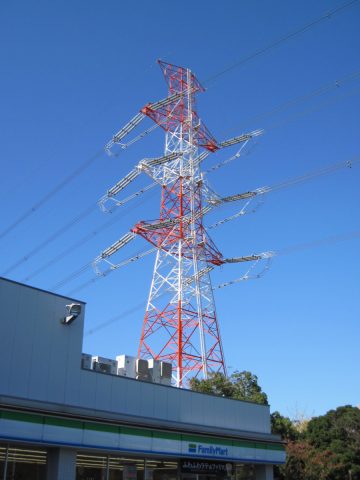 As you walk around the city, it’s basic to see the pylons, right?

This power line has 30 insulators in a row, making it a 500,000 volt class. This is the highest voltage class in Japan.

I’ve always wondered why it is so quiet when so much energy is flowing through it. 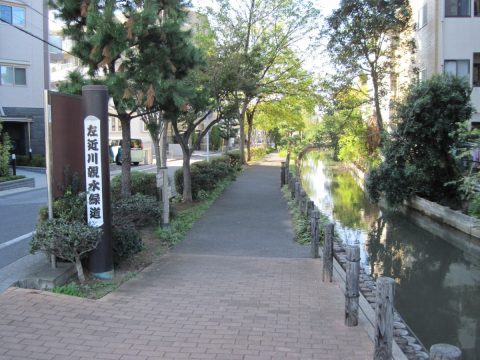 This is Edogawa Ward. The elevation is low. There are many greenways here and there, probably to drain the water that tends to accumulate. This is the Sakon river greenway. 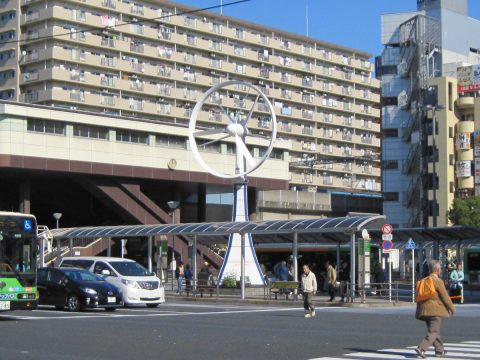 Windmill in front of Kasai Station

We found another windmill! This is in front of Kasai Station on the Tozai Line.

It looks like it was built in 2008 along with the bicycle parking lot. The maximum power generation capacity is said to be 10kW, which is enough to run about 10 microwave ovens at the same time. That’s quite a lot of power, but it was not running. 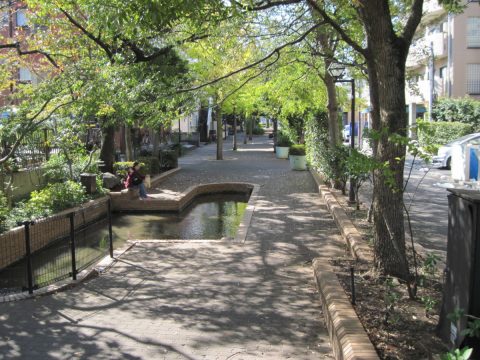 Here it is again, the Kasai Shinsui Four Seasons Path, a water park.

I wonder which is more common, the windmills or the water park. 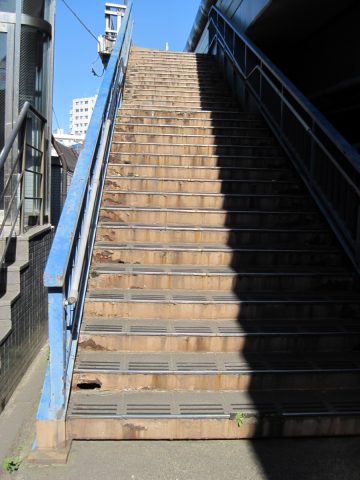 It’s a pedestrian bridge to cross the Shinkawa River, but there’s a hole in the kicking board. It’s scary. Please repair it as soon as possible. 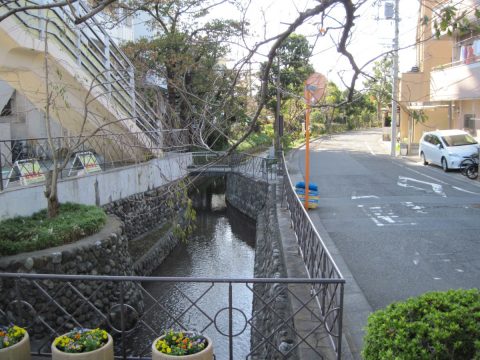 There it is again. This time, it was the Furukawa Water Park. 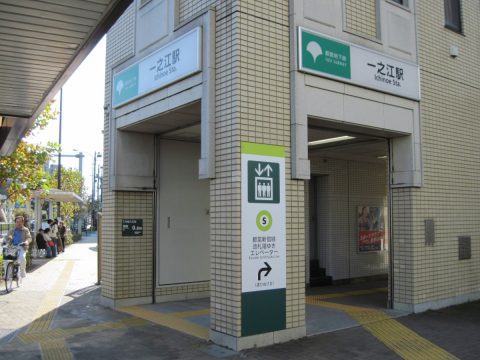 The entrance and exit of Ichinoe station is said to be 0.8 meters above sea level.

This is a subway station, so if you go underground from here, you won’t be able to escape in case of a tsunami. That’s scary.

However, if we pass through here, the next station is Shinkoiwa Station, 6 km away. I wanted to taste the atmosphere of the celebration ceremony, so I decided to end my walk here today.

Walking along Loop Route 2｜Discovering that you can visit the State Guest House! | Yotsuya Mitsuke Kita – Starting and Ending Point

The history of Otori Shrine was interesting. There were also kirishitan lanterns and a kagura hall. The transpante brea...
Walking along Loop Route 6｜Discovered the remains of an ancient residence at Yoyogi Hachimangu Shrine! | Nakano Sakaue – Yoyogi Hachiman Mae
My experience of attending the Enthronement Parade and the dimensions of the flag I received
ホーム
Tokyo